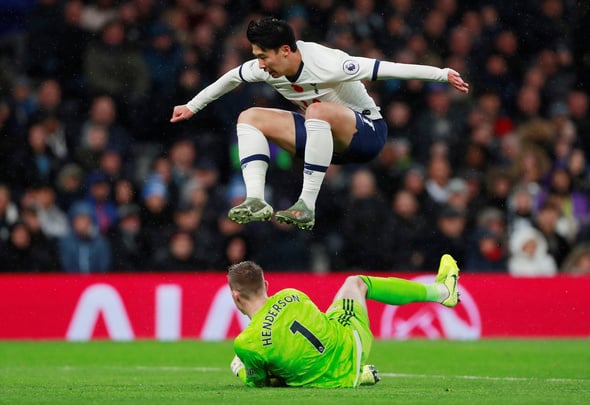 Noel Whelan has been left raving over the “immense” character shown by Tottenham winger Heung-min Son after his role in Andre Gomes’ major injury blow.

Speaking exclusively to Football Insider assistant editor Russell Edge, the former Leeds striker says that it would have taken a lot of mental strength to come straight back from what happened at Goodison Park, with the Spurs man clearly distraught by the Portuguese star’s ankle break.

The South Korean international netted his fourth goal in three games in Saturday’s 1-1 draw against Sheffield United, having scored one away at Everton and two against Red Star Belgrade in midweek.

Whelan told Football Insider: “During that time between the Everton game and the midweek game in Europe, he’d have gone through all sorts of emotions.

“For a player, looking back on a horrific injury, off the back of a, I wouldn’t say bad challenge – it’s not a bad challenge, it’s a clumsy challenge – to be able to out there, put a performance on and show that strength of character on the football pitch, immense credit to him.

Following the draw versus Sheffield United, Son has now played 15 games across all competitions this season, netting eight goals for Mauricio Pochettino’s men.

The Lilywhites’ next game sees them take on West Ham away from home, with a two-week international break before they head to the London Stadium.

In other Tottenham news, Darren Bent claims a Pochettino gamble has fixed a problem which saw Spurs “all over the gaff”.