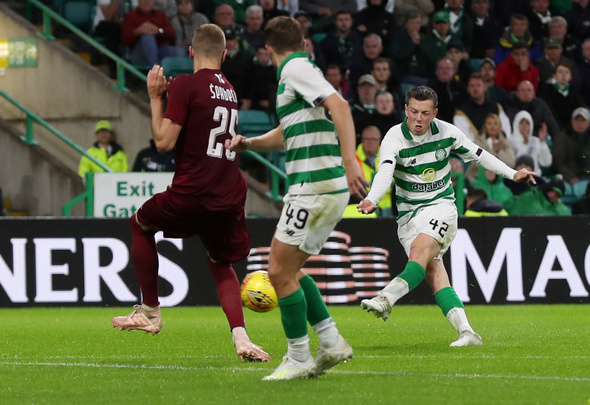 Jackie McNamara has been raving over the dedication shown by Callum McGregor after his goal-scoring performance for Celtic against FK Sarajevo on Wednesday night.

Speaking exclusively to Football Insider, the former Parkhead and Scotland star heralded the 26-year-old’s desire to keep playing football for the Hoops despite his lack of holiday between the end of last season and the start of the current campaign.

Celtic kept their hopes of making the Champions League group stages by beating Sarajevo 5-2 on aggregate, Neil Lennon’s side following up last week’s 3-1 away victory with a controlled 2-1 win in Glasgow.

McGregor scored the goal which secured victory for the Hoops, Ryan Christie having opened the scoring, and McNamara was left lauding the Scotland international’s attitude after over 60 appearances for club and country last season.

He told Football Insider: “He’s very consistent, Callum. Consistent in his games and obviously in his fitness. The amount of games he played last year, he’s not had a massive rest playing for Scotland and stuff.

“He had a few weeks to get himself ready and he’s an important player. He loves playing, it’s what he does. He puts himself out.

“The amount of games he’s covered in the last couple of years, it’s incredible.”

He has also established himself as a mainstay for Scotland, missing just two games for his country since November 2017 on the way to 13 international caps.