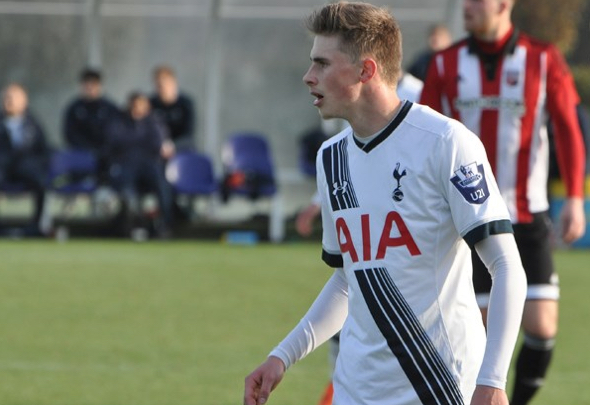 Tottenham midfielder Joe Pritchard is currently on a trial at Cheltenham Town as he looks for a new club in the summer.

21-year-old Pritchard is set to be released in June and Lilywhite Rose, a Twitter accoun that’s a solid source of Tottenham news, has said that he is at Cheltenham Town now and is set to play for their reserves tonight.

#thfc I'm told Development Squad midfielder, Joe Pritchard who is to be released on 30 June is on trial at Cheltenham Town and is set to play for their reserves today. pic.twitter.com/d3xFcKC0tZ

The player, who has come up through the youth ranks, has been told he has no future at Tottenham and is on the lookout for a new club.

He has made 20 Premier League 2 appearances for Spurs this season, scoring three goals and adding five assists, but it looks like he’s going to have to drop down divisions to continue his career.

It hasn’t worked out for Pritchard at Tottenham but it’s a big drop down to Cheltenham Town, who are only just clear of the trapdoor into non league football. That he’s having to do a trial doesn’t bode well for his future in the top flight, but Spurs fans will wish him all the best. If he can impress tonight and while he’s on trial then he may be able to resurrect his career and fight his way back to the top, but it’s a long way down.