Alan Hutton has questioned whether Dele Alli has the motivation to try and fight for his place at Tottenham after a frustrating first half of the season.

Speaking exclusively to Football Insider, the former Spurs and Scotland defender believes Jose Mourinho has given the 24-year-old a chance to force his way back into the reckoning in north London by highlighting Tanguy Ndombele’s turnaround this term.

As quoted by Sky Sports, Mourinho stated the “door is always open” for a player to turn their fortunes around at Tottenham and singled out the French midfielder, who he criticised publicly last season, as a prime example.

Alli has played just 12 times this season, with one Premier League start to his name, and has been heavily linked with a move away from Spurs.

Hutton believes Mourinho’s comments about Ndombele were a “hidden message” to the England international but questioned whether the former MK Dons man’s head was in the right place to take up the challenge.

“Frustrating, that is the word,” Hutton told Football Insider.

“We know how good a player he is and what he can bring to the team, he’s not had the best of seasons but the one thing I would say is I listen quite closely to Mourinho’s press conferences and he used Ndombele as an example. 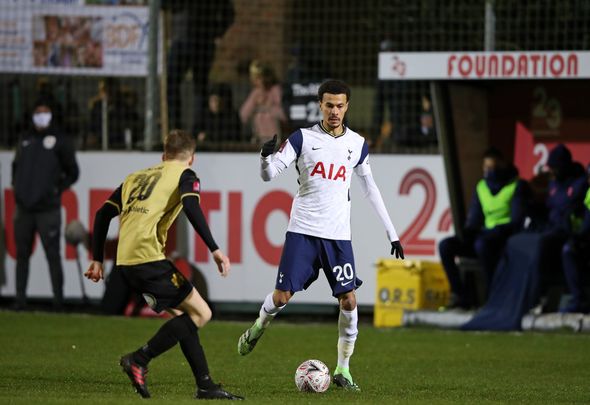 “He obviously knows he’s a good player and he wants him to stay and fight for his position but is his head on it, does he want to do that or is he gone? Does he just want a move, a fresh start?

“He needs to play football. He can’t sit there for the whole season. He’ll just end up wasting away.”

In other news, a Premier League star has been told to snub a move to Tottenham – ‘He’s got interest from other clubs’.