Paul Robinson has claimed Jack Clarke is ready for a Premier League loan if he is not in the first-team plans at Tottenham next season.

The former White Hart Lane number one, speaking exclusively to Football Insider correspondent Dylan Childs, suggested the 19-year-old was ready for the English top-flight despite having barely featured in the Championship for Leeds and QPR this season.

Clarke, who put pen to paper on a four-year deal with Spurs last July, is still yet to make his first appearances for the club. 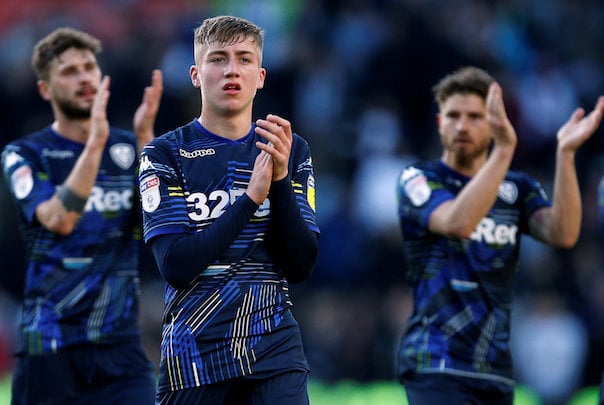 On arrival, the teenager was loaned back to Leeds United but after a disappointing start to the season joined Queens Park Rangers in January.

Robinson believes the youngster is too good to be playing for the Lilywhites under-23 side and sees a loan or a place in Jose Mourinho’s first-team squad as the next logical step.

“Next year is a fresh start for him,” he told Football Insider. “It didn’t work out at Leeds and he did not hit the ground running at QPR either.

“Jack needs to be in and around the first team if he is going to stay at Spurs.

“He has got his experience at Leeds and QPR and it is a conversation between player, manager and club now as to what is best for his development.

“I think he needs to be in and around the first team or get some more game time where he can be guaranteed minutes. He would demand a Premier League loan.

“Jose Mourinho will shuffle his squad this summer and it will be interesting to see whether Jack Clarke fits into his plans.”

Football Insider understands Spurs are still pursuing deals for Willian and Ryan Fraser, both of whom are available on free transfers this summer.

Their arrivals could severely limit Clarke’s first-team opportunities next season.

In other Tottenham news, big development can be REVEALED in the club’s bid to sign rising Dutch star.