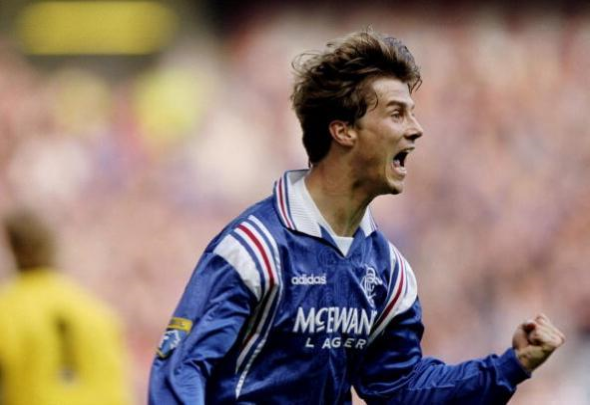 Former Rangers icon Brian Laudrup has declared that Steven Gerrard will find the going tough in his first season as Gers manager.

The former Danish international is concerned that the Englishman will not have a lot of time for his new players to gl together as they face a Celtic team going for their eighth league title in a row.

“If you go out and get seven or eight new players, they need time to gel and the problem is time is an issue when you’re playing in Scotland with a very good Celtic side,” Laudrup said, as quoted by BBC Sport.

“Rangers have to be up for it right from the start.”

Despite the difficulty of the job, Laudrup still hopes Gerrard can lead the Gers to glory.

“It will be tough, It’s going to be a huge task, I wish him every success.”

Brian Laudrup’s comments will be expressing the fears of many, that the Gers won’t get enough time to come together as a side to make a sustained challenge to Celtic. That is why the pre-season friendlies and Europa League games in the next few weeks are very important for Steven Gerrard. He and the rest of his staff need to mould together a Gers team that will not only avoid the embarrassment of last season’s defeat to Progres in Europe, but can also overcome a tricky league start which includes trips to Aberdeen and Celtic. As Laudrup suggests, it isn’t going to be easy for Gerrard, but he knew what he was getting into when he took the job on. There can be no doubt that he is well aware of how hard his job is going to be. But he must have the confidence that he can turn the Gers into league champions, and for that alone he deserves time and patience from the fans.

In other Rangers news, a Gers player’s future at the club could be in doubt