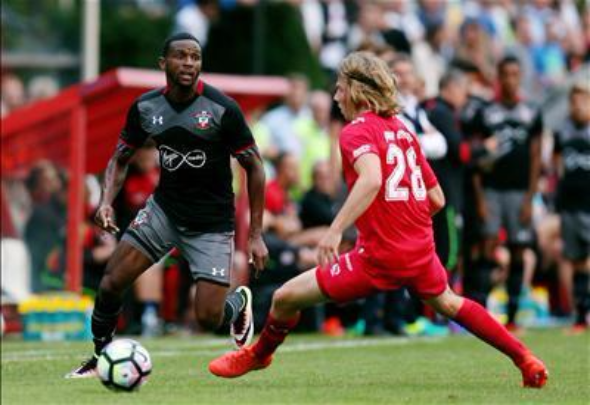 Southampton are ready to splash out £1million to sign full-back Laurent Jans which will pave the way for Cuco Martina to join Everton, according to a report.

The Mirror have claimed that the deal for Jans would allow Ronald Koeman to re-sign Saints defender Martina after having a late summer move shelved.

The Dutch manager was keen to bring the 27-year-old to Goodison Park with him in the last window with Seamus Coleman missing the early stages of the campaign through injury.

Martina is a favourite of Everton manager Koeman, who brought him through at Southampton.

However, an injury suffered by Saints summer signing Jeremy Pied meant that Claude Puel put a halt to any deal regarding the Curacao international.

Southampton have also suffered an injury to Portugal international Cedric Soares this season, which has allowed Martina to have an extended run in the team, playing in 11 fixtures.

He featured in 18 encounters under Koeman in the last campaign and one of his more notable contributions was a stunning strike against Arsenal on Boxing Day.

Coleman currently has the right-back position at the Toffees locked down, while young prospects Tyias Browning and Mason Holgate are also looking to break into the team.

However, Koeman could be looking for more experienced back-up and with Martina’s contract ending in the summer he could be picked up at a small figure.

In other Everton transfer news, Ronald Koeman has confirmed his interest in this attacker.