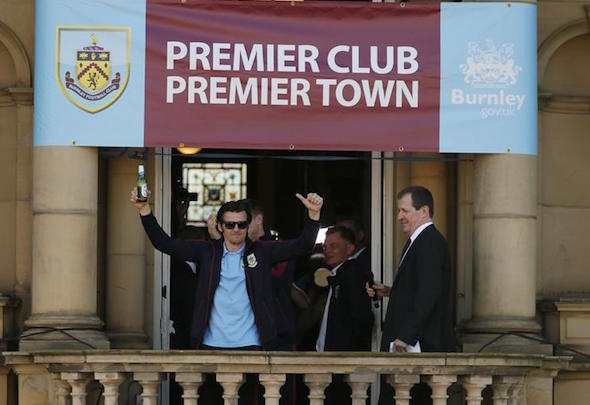 Barton penned a two-year contract with the Scottish giants earlier this week in a deal that instantly made him the club’s top earner.

Press Association, as quoted by Sporting Life, claims Barton’s weekly salary is £20,000 in a deal that runs until 2018.

That compares favourably with Warburton’s package, which the Daily Record claimed on Thursday morning is currently £3,000-a-week.

However, as reported by Football Insider, Warburton is set to double his salary if, as expected, he signs a new contract at Ibrox.

The Rangers boss has enjoyed an impressive first season at the Ibrox, helping the Gers’ return to the Scottish Premiership and taking them to two cup finals.

Warburton’s efforts have not gone unnoticed by the Rangers board and club chairman Dave King has offered his manager a new and substantially improved deal.

The Daily Record claim an agreement is already done in principle, with Warburton in line to collect £600,000 a year, double his current salary.

Warburton is currently on holiday in the United States with his family, but is expected to sign the new deal when he returns for pre-season next month.

Rangers’ fantastic season came to a somewhat sour end after they lost the Scottish Cup final to Hibernian and then had to flee to the dressing room at the full-time whistle as Hibs fan flooded the pitch.

The Glasgow club have confirmed several of the players were attacked by Hibs fans and have slammed the reaction of the Scottish FA and Hibs to the incident.

In other Rangers news, the club face competition in their bid to land a £5million summer target.