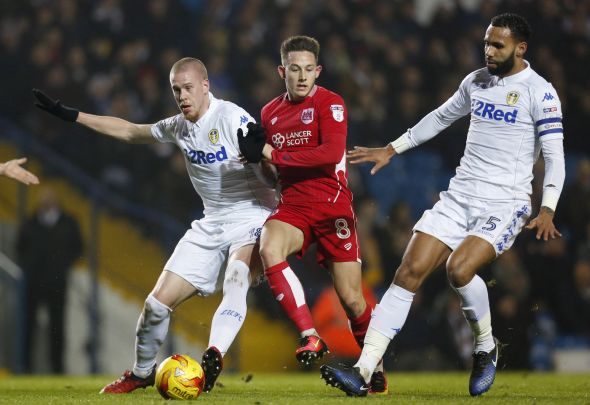 Leeds United have been handed a major boost in their pursuit of Kyle Bartley with the 26-year-old keen on returning to Elland Road from Swansea City this summer, according to a reliable journalist.

The Yorkshire Evening Post’s Phil Hay, who has established himself as one of the top reporters covering the Whites, has claimed on his personal Twitter account that despite the Swans being on the verge of dropping into Leeds’ division, the Whites are keen on snapping him up and the player himself is on board over a move back to Yorkshire.

won't make it easier but Leeds still want him and it appears that Bartley is keen to come.

The news will come as a big boost to Leeds, whose hopes of capturing their former loan star have been dented by Swansea’s impending relegation, and any move now looks to be an ambitious one after it looked certain he would leave the Liberty Stadium in pre-season.

It comes as no surprise that Swansea are reluctant on letting Bartley go if they drop into the Championship for he is a proven talent in the second tier, evidenced by his season long loan at Elland Road. Leeds need that experience in their side after seeing their numerous foreign imports struggle with the cut and thrust of the division and the 26-year-old certainly offers what Paul Heckingbottom needs. Prising him away from the Welsh side will be no easy task but if Bartley himself wants to leave then it certainly hands the Whites a big boost and puts the ball firmly in Swansea’s court. Whether this means another of the senior centre backs, with Liam Cooper and Pontus Jansson the firm number one choices in the heart of defence, are set for the exit remains to be seen, but this could be the first move in another summer of huge change in Yorkshire.

In other Leeds United news, one exit-linked man has confirmed he travelled to table toppers ahead of the summer.