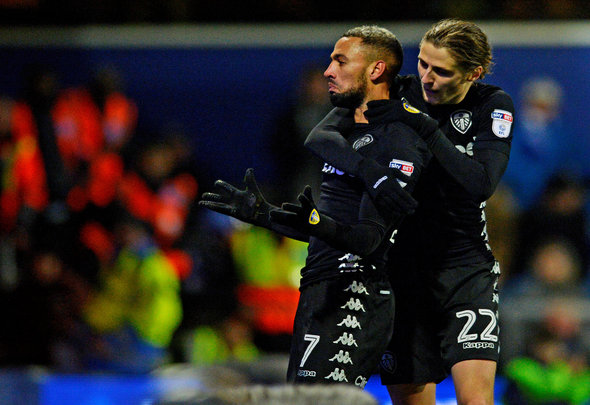 Leeds United striker Pawel Cibicki was only on holiday when he was spotted at Polish table toppers Legia Warsaw for their game in midweek.

The Whites striker, who Polish publication Przeglad Sportowy claim signed for £1.4million (€1.6million) last summer, has struggled to break into the first team at Elland Road with just seven Championship appearances, the last of which came in January.

His sighting in Poland, which came while much of the squad were on their post-season tour of Myanmar, led the Yorkshire Evening Post’s Phil Hay to claim on his personal Twitter account that he was one of many who the Whites plan to sell this summer, after a Polish reporter had claimed Legia were keen on signing the 24-year-old.

Pawel Cibicki at Legia Warsaw's game tonight. One of the players who Leeds intend to move on:https://t.co/jBHarTJF2k

However, speaking to Przeglad Sportowy, both Cibicki and his agent confirmed it was a personal, rather than professional trip.

The player said: “We’ve finished the season. I came to Poland for a few days to visit my family. My agent is also here and we saw that there is a match,” while his agent stated: “Paweł is on vacation. Someone even accosted us at the stadium and asked us what we were doing here, but we did not talk to Legia.”

This appears to have been a case of everyone making a mountain out of a molehill. Cibicki has Polish family and so really it should come as no surprise that, come the end of the season, he has headed back home to catch up and see them once again. He did what any football fan would do and caught the game in Warsaw, which obviously led to some putting two and two together and jumping to the wrong conclusion. However, that does not take away from the fact he certainly does not look set to have a future at Elland Road, especially after he was left out of the trip to south east Asia, and maybe he should be spending this time trying to find himself a new club, be it on loan or on a permanent deal. He will likely not be the only one exiting this summer, as the Whites prepare themselves for a second overhaul in the space of a year.

In other Leeds United news, the club have been handed a silver lining after a Premier League side made a big decision over a defender.