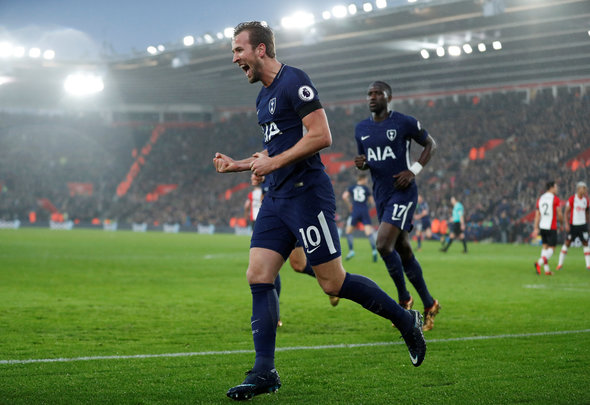 Harry Kane has heaped praise on Juventus player Giorgio Chiellini ahead of the round of 16 clash with the Italian side on Tuesday night, but added that he’s a tough opponent who left him in agony the last time they played each other.
Harry Kane was talking in the pre-match press conference ahead of the Champions League clash, as quoted by Football.London, and was asked what he made of the Juventus centre-back who will be charged with stopping him scoring tomorrow night.
“He’s an amazing defender. When we first played he went in on me and I had a dead leg for ten minutes. He’s a fantastic player.”
Tottenham take on Juventus at the Allianz Stadium on Tuesday night, looking to book their passage into the quarter finals of the competition for the first time since 2011 when they went out 5-0 on aggregate to Real Madrid.
Juventus are currently in second in Serie A, one point off Napoli at the top.
By contrast, Tottenham are struggling to cement their position in the top four in the Premier League this season.
They’re currently in fourth but Chelsea have a game in hand and will leapfrog them tonight if they beat West Brom at home.
The second leg against Juventus is on March 7 at Wembley and Kane will be hoping that Chiellini lets him grab something to build on in front of his home fans.
Either way it’s set to be a hugely entertaining clash, which a lot of pundits are finding hard to call either way.
In other Tottenham news, a Belgian journalist has shared the real reason on Twitter that Toby Alderweireld has been axed from Spurs’ Champions League squad.
Don’t miss out on breaking and exclusive Tottenham news by clicking here for our brilliant 24/7 updates on Facebook, Instagram and YouTube.