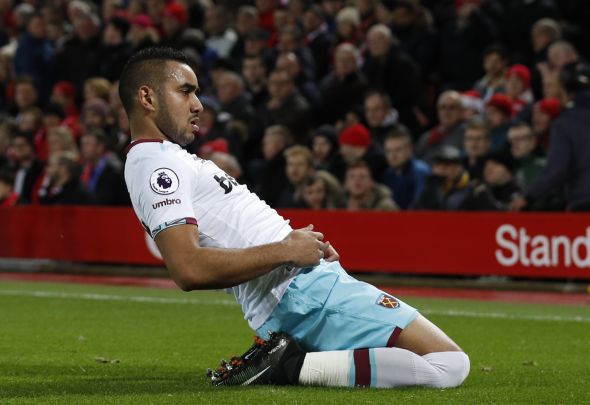 Karren Brady has revealed that West Ham supporters will be able to return their Dimitiri Payet shirts and get a discount on a new top.

The 29-year-old has been involved in a transfer saga throughout January after refusing to play for the Hammers, but he finally completed a move away from the London Stadium on Sunday.

Payet has re-joined French club Marseille for £25million and has ended his spell in the Premier League.

BREAKING: Dimitri Payet has been sold to Olympique de Marseille for a fee of £25m ➡️ https://t.co/TLbpTrE32n#COYI pic.twitter.com/ywkp6Z5ULG

West Ham vice chairman Brady has promised supporters on her official Twitter account that they will be able to return their Payet shirt, with many of them feeling betrayed by the midfielder’s actions.

Morning, bring back your Payet shirt to any of the club shops & you will get a new replacement for £25, full details on WHU web site today. https://t.co/i9BPrS6YG1

“Morning, bring back your Payet shirt to any of the club shops & you will get a new replacement for £25, full details on West Ham web site today,” Brady wrote on her personal Twitter account.

Payet established himself as a firm favourite during his time with the Hammers and that made is departure even more surprising.

The attacking midfielder made 66 appearances for West Ham, scoring 18 goals and supplying 25 assists.

He was regarded as the standout player at the club and helped them to a seventh-placed finish in the Premier League last season.

Payet showcased his incredible talent during his time in England and transferred that into the European Championships in 2016, helping hosts France finish runners-up in the competition.

The Londoners have moved swiftly to replace Payet and recently completed the signing of Robert Snodgrass, who has been in sensational form for top-flight side Hull this season.

In other West Ham news, the club are in a four-way battle to signs Premier League defender.