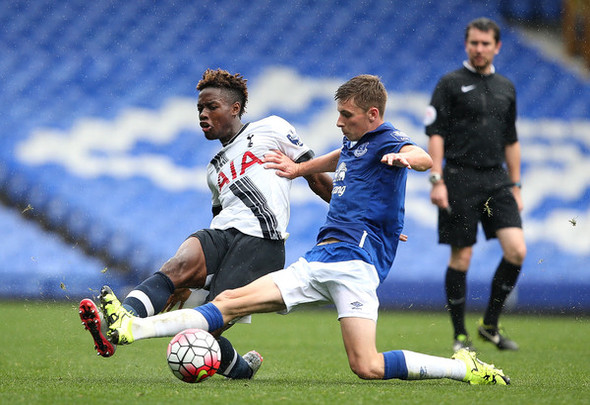 Kevin Campbell has been drooling over how well Everton midfielder Joe Williams has been performing while on loan at Barnsley this season and has claimed that he should be promoted to the first-team for next term.

Williams, 21, is due to return to Goodison Park in the summer after being a mainstay of the Barnsley side in the Championship, making 38 appearances across all competitions.

Ex-Everton striker Campbell believes that the rising star has done everything he has to in order to prove that he has what it takes to step up to the senior squad, adding that he has shown more than some of the current Toffees midfielders this term.

“Good to see a young Everton midfielder bossing things in the Championship. Needs a chance at Goodison next season,” he said on his personal Twitter account.

“I believe he deserves a chance as he has all the attributes and has more of an upside than all the current midfielders at the club.”

Good to see a Young Everton Midfielder Bossing things in the Championship. Needs a chance at Goodison next season ⚽️ https://t.co/9enpM0w5fZ

I believe he deserves a chance as he has all the attributes and has more of an upside than all the current midfielders at the club! IMHO https://t.co/q6Y9Z1uF0O

Williams has been great at Barnsley but there is going to be a massive amount of competition to force his way into the Everton first-team for next term. Whoever is in charge of the Toffees over the summer, they are likely to spend a lot of money much like Ronald Koeman did last year to try and get this team fighting for places in Europe again. There’s only a small chance that Williams will be trusted over the likes of Idrissa Gana Gueye and Morgan Schneiderlin, or whoever director of football Steve Walsh decides to get in. It will not be a shock to see Williams loaned out again.

In other Everton news, the Toffees are in the hunt to sign this highly-rated playmaker who is impressing at a Premier League rival.