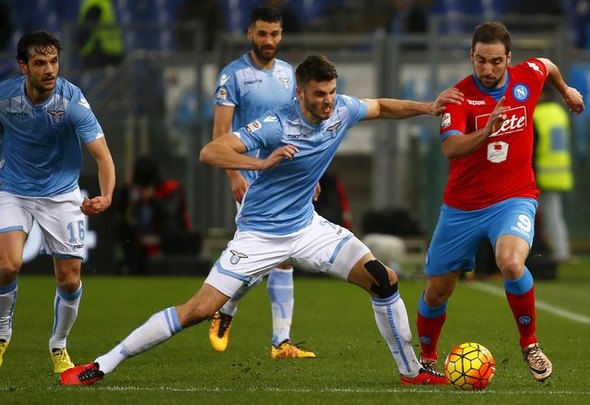 The Liverpool Echo have claimed on their website that the Toffees are currently weighing up a move for the 23-year-old left-sided defender after the void left in the team following the injury of Ramiro Funes Mori.

It is said that Hoedt himself is valued at just £12million by the Serie A club, but Everton are also detailed to be looking for a player who can cover two key positions, rather than making two separate signings.

The four-time capped Holland international doesn’t meet those requirements with his main position being as a centre-back, but he is considered a player with potential and played in 26 matches in all competitions for Lazio who finished in fifth place in Serie A last season.

The centre-back also has just two years remaining on his contract at the club.

Given his age and price Hoedt should definitely be of consideration for the Everton team this summer. The Toffees have been forced to search for a new centre-back this summer given the injury to Funes Mori and they could do a lot worse than bring in a player like Hoedt, who is only expected to get better. The Merseysiders have been linked with Premier League proven centre-back Winston Reid, but Hoedt is six years his junior and given the expected price difference between the two, the Holland international would be the better option at this moment in time.

In other Everton transfer news, this 21-year-old attacker has held transfer talks amid interest from the Toffees.