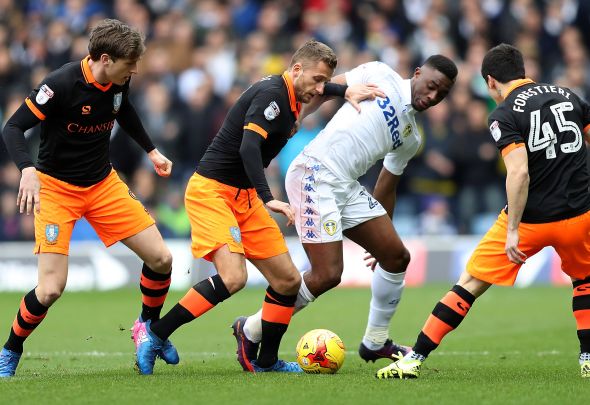 Leeds announced the signing of Hadi Sacko on Friday morning – and the club’s supporters were divided in opinion on Twitter about the deal.

The Whites confirmed on their official website on Friday morning that the 23-year-old has completed his permanent move to Elland Road.

The winger has signed a three-year deal with the Yorkshire giants and earned a move after impressing least season during his loan at the Championship club.

Sacko spent a season-long loan at Leeds last year and has now made the permanent switch from Portuguese club Sporting Lisbon.

The Frenchman is most recognised as a pacy right winger and he played an important role under former manager Garry Monk.

He made 42 appearances across all competitions in the last campaign, scoring two goals and supplying four assists in return.

Sacko has become the first Leeds signing since Andrea Radrizzani became the new full owner, but he is still yet to appoint a new first-team manager.

Leeds fans are split on social media about Sacko’s arrival and some are uncertain whether he can make a major influence in the first team moving forward.

Made up with the Sacko signing, pace to burn, still very young with so much potential. #lufc

Not against the signing of Sacko, I'm onboard with the idea of keeping a team together. He has to improve though. #lufc

This announcement was promising but overall a bit underwhelming. Very much like a run down the wing from Sacko #lufc

A player that wants to be here!

Just work on that final ball and you'll be killer! 😉#lufc

Unsure he did enough 2show the quality we need @lufc Needs 2 massively improve this season.We need more proven quality rather than potential

Run hadi run!! Let's hope for mass improvement. Hardly the signing to take us on to the next level. Look up when your running hadi lad.

In other Leeds transfer news, a European top-flight club are eyeing the Whites’ 27-year-old defender.