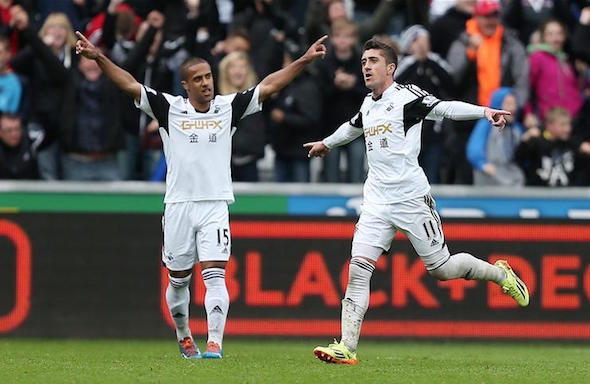 Leeds supporters have expressed their delight on Twitter over the signing of Pablo Hernandez.

The Yorkshire giants revealed on their official website that the 31-year-old will join on an initial six-month loan from Qatari side Al-Arabi with a view to a permanent transfer in January.

The former Swansea player will return to English football and aim to help secure Leeds promotion back to the top-flight under Garry Monk.

Leeds fans seem delighted with the signing and took to Twitter to explain what the winger could bring them.

Pablo Hernandez (formerly of Valencia) is signing for Leeds United ?

Imagine the scenes when Pablo Hernandez signs for Leeds, a little bit of class missing since Mccormack went #LUFC #Mot

Pablo Hernandez and Stuart Dallas on the wings, that’s Premier League that #lufc

Fantastic coup for #LUFC and Garry Monk landing Pablo #Hernandez. Should be an absolute gem at this level in a No 10 role.

Pablo Hernandez for Championship player of the season next year. Class signing for Leeds. #Swans

Al-Arabi signed Hernandez from Swansea – a club where he played alongside Monk from 2012 to 2014 – but he spent most of last season in La Liga on loan at Rayo Vallecano.

Hernandez has spent most of his career playing as a winger but Monk views him as a natural No10 and he will be handed the playmaker role at Elland Road.

In other Leeds transfer news, they are targeting another former Swansea player and will need to offer £2million.