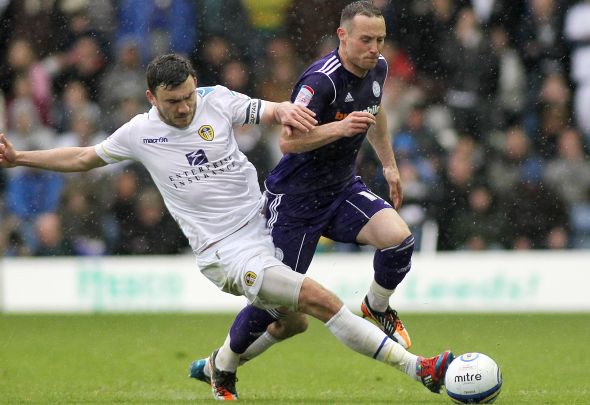 Leeds fans have urged Robert Snodgrass to rejoin the club in January after he turned down a new contract with Hull.

Sky Sports reported on Wednesday morning that the attacking midfield goal machine had rejected a new contract with Mike Phelan’s side.

It is stated that a number of Premier League clubs are interested in the Scotland international, but Leeds supporters are keen for their side to bring him back.

Snodgrass, 29, spent four years at the Yorkshire giants between 2008 and 2012 before leaving for the Premier League with Norwich.

However, with Leeds sat in a high fifth place in the Championship table many believe their side have a realistic chance of bringing Snodgrass back in January.

My perfect Xmas would involve Bob Snodgrass coming back home to take us back up just like wee Gordie Strachan! #lufc @robsnodgrass7

@robsnodgrass7 Come back to leeds snoddy!!👀👊

Snodgrass is currently Hull’s top goalscorer with seven strikes in 18 appearances despite playing in a wide position.

He has been a big star for the Tigers, as he was for Leeds where he scored 41 goals and provided 40 in 187 appearances.

He would be a huge addition to the team with Hadi Sacko and Stuart Dallas currently occupying the wing roles at the Yorkshire giants.

Furthermore, he could be the signing Leeds need to end their 12-year wait for Premier League football.

In other Leeds transfer news, this is the last deal owner Massimo Cellino must seal before he hands over the reins.