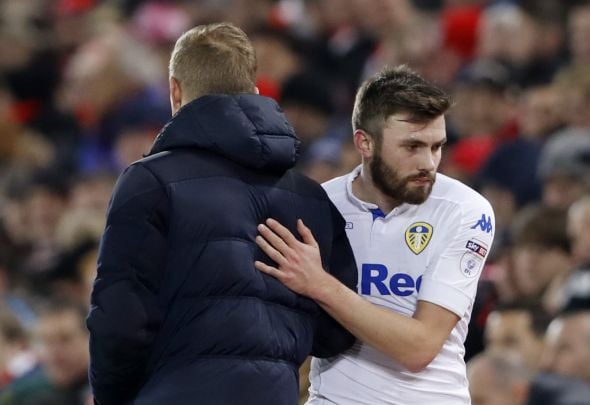 Leeds United’s first team attacker Stuart Dallas believes it will give the squad “extra motivation” if they face Chris Wood and Charlie Taylor as he revealed he can’t wait to go up his former teammates at Burnley on Tuesday evening.

The Yorkshire giants are currently preparing to travel to Turf Moor where they will face Sean Dyche’s men in the EFL Cup third round stage.

It could be the first time that both Wood and Taylor face their old club with the striker departing for the Premier League in a massive £15million deal towards the end of August, while Taylor departed Elland Road towards the end of his contract.

Dallas, who played alongside the duo in the last campaign has now spoken about the possibility of facing the pair before the clash, stated that the Leeds team have to show they made the wrong decision in leaving.

“That is football, players come and go,” told Dallas, as quoted by the Yorkshire Evening Post.

“It will be good to come up against them. I am sure it will give us extra motivation, as it will do for them as well. They will want to get one over on us.

“We have got to show them that, although they left here and they have gone to the Premier League, maybe they made the wrong choice.”

Both Wood and Taylor were key parts of the Leeds team which finished in seventh place in the Championship under Garry Monk in the last campaign.

However, despite the departures of the duo and manager Monk the Yorkshire giants have seemingly bounced back even stronger and are currently sat at the top of the league table after eight matches.

They will now be looking to continue their impressive form against Burnley in the cup competition with the offer of silverware and a trip to Wembley for the finalists.

In other Leeds United news, Ian Harte has identified this Whites academy ace as a top talent.