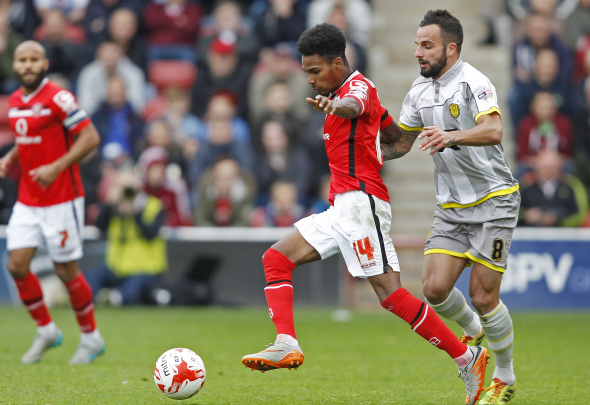 Leeds have sounded out Walsall teenage left-back Rico Henry as a possible replacement should Charlie Taylor leave Elland Road, according to a report.

Taylor has 12 months remaining on his contract and Leeds are desperately trying to tie down their Player of the Year to an extension.

But the Mirror claim that manager Garry Monk is preparing a £1million bid for Henry, who was a runner-up in the Football League’s Young Player of the Year award, in case Taylor is sold.

The 19-year-old made the left-back position his own at Walsall in 2015-16, notching up 44 appearances and has rapidly established himself as one of the most exciting prospects in the Football League.

The Saddlers are under no pressure to sell Henry though, with two years still remaining on the pacy full-back’s contract.

The England under-19 international has attracted scouts from Liverpool and Arsenal, and could become Monk’s seventh signing if Taylor decides to leave.

The 22-year-old is stalling over a new deal amid interest from Burnley and West Brom.

According to owner Massimo Cellino, the problem lies with Taylor’s agent who is the same as Sam Byram’s.  The former Cagliari owner had difficulty negotiating with him and subsequently was a main factor in Byram’s move to West Ham in January.

Leeds have money to spend after the sale of star-man Lewis Cook, who joined Premier League side Bournemouth on Friday for a fee believed to be in the region of £10million.

Monk has acted swiftly in the transfer market, with the marquee purchase being League Two Player of the Year Kemar Roofe from Oxford for £3million.

He has also been linked with moves for Everton legend Leon Osman and Watford centre-back Joel Ekstrand.

In other Leeds news, this 21-year-old striker has finalised terms with the Yorkshire side.