Leeds United have discussed selling Jack Clarke this summer to a Premier League club in a buy-to-loan deal, Football Insider can reveal.

The Championship giants are braced for multiple offers for the 18-year-old winger in the wake of the promotion failure that has placed the futures of so many of their prize assets in doubt.

Football Insider revealed earlier this week that Tottenham are preparing a move to sign Elland Road academy product after encouragement that he could be lured away with a bid in the region of £10m.

There is also interest in the teenage star from many other leading Premier League clubs and Leeds know they are facing a major decision on whether to cash in.

A Leeds source has told Football Insider that discussions have taken place among the club’s hierarchy about the viability of selling Clarke in a deal that would see him return to Elland Road next season on loan. It would enable the Yorkshire giants to secure a guaranteed bumper fee for a player with just 25 first-team appearances under his belt and who appears destined for top-flight football eventually.

Clarke is currently on his first professional deal that he signed when he turned 17 in November 2017 and is one of the lowest-paid members of the club’s senior squad.

His contract runs until the summer of 2021 and talks over a new and improved agreement are yet to begin despite the widespread interest in his services. 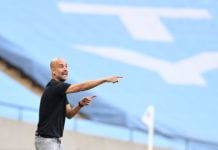