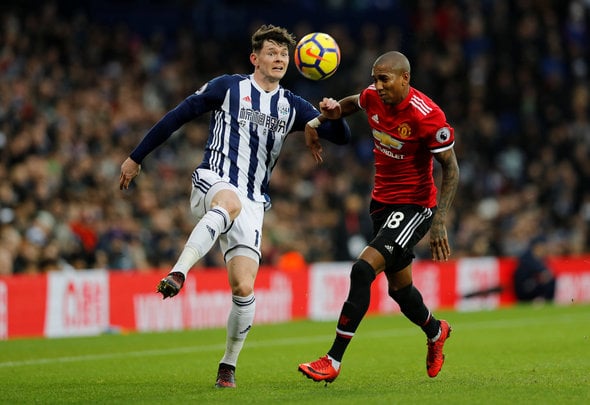 COMMENT
Leeds United clearly need a new striker before the end of this month and Thomas Christiansen has recently hinted that it’s possible he may be in for one.
The Whites’ last two losses against Newport County and Ipswich show that there is a serious lack of goalscoring panache in the side, so Christiansen and director of football Victor Orta must look to the Premier League and snap up West Brom’s Oliver Burke after he was reportedly made available for a move.
Sun reporter Alan Nixon claimed on his personal Twitter account on Sunday that the Baggies would cash in on Burke, 20, in order to free up some funds to improve the squad elsewhere.

Burke was only signed by West Brom for £15million from RB Leipzig in the summer, so it seems very unlikely that the Black Country outfit would want to offload the forward so soon after not being given a fair crack of the whip from both Tony Pulis and Alan Pardew.
Due to his lack of game-time at the Hawthorns, it would make perfect sense for Leeds to launch an ambitious loan offer for the five-times Scotland international.
That would fee up some of West Brom’s wage bill and provide them with a bit of extra funding if the Yorkshire giants decide to pay up some of his wages and even a loan fee.
Burke is on a five-year deal at the Hawthorns so it would be ridiculous for Albion to be impatient and sell him up straight away, and a loan deal for the forward would be the ideal solution.
The ex-Nottingham Forest attacker can play as a centre-forward and on the wings, which is now developing into a bit of a problem area for Leeds with fringe player Hadi Sacko being called upon against Ipswich due to injuries and suspensions.
Christiansen needs to get this January window right because Leeds are the closest they have been to promotion back to the Premier League in a long time.
All they need is a forward with bags of quality, pace and power like Burke to make that dream become a reality.
In other Leeds United news, the Whites are in the hunt to sign this left-sided flyer from their Yorkshire rivals.
We’ve launched a << BREAKING NEWS FEED>> exclusively for your club. ‘Like Us’ on Facebook by clicking here if you want 24/7 updates on all Leeds United breaking news.