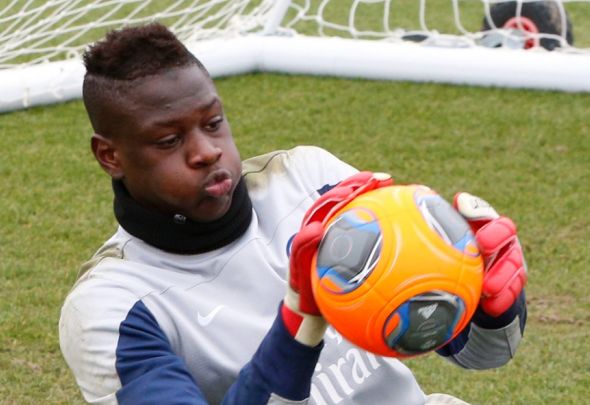 Leeds have handed trials to French goalkeeper Mory Diaw and Spanish defender Julio Lopez in their Under-23 side to face Crewe on Monday, according to a club insider.

The unofficial but reliable Leeds United Academy Twitter account revealed the identity of duo Diaw and Lopez, as they lined up alongside the likes of Billy Whitehouse, Eoghan Stokes and Paudie O’Connor for the development side.

Leeds announced the duo would start for the Yorkshire giants on their academy’s official Twitter account in Jason Blunt’s side.

Mory Diaw is a goalkeeper for second division Portuguese side CD Mafra, after leaving Paris Saint-Germain back in the summer of 2015.

Standing at a lofty 6ft 5in, the 23-year-old stopper could be about to be brought in as cover for the likes of Rob Green and Marco Silvestri, with Ross Turnbull’s contract set to expire in the summer.

Joining him in the side as a trialist is Julio Lopez, who is currently on loan with Yorkshire rivals Barnsley’s second string from La Liga outfit Sporting Gijon.

A two-time Spain Under 19 international, Lopez has made two senior appearances for Sporting Gijon in the Copa Del Rey and is recognised as a central defender.

The duo will be looking to impress to earn a contract with the Yorkshire giants this afternoon, despite both being players currently contracted with their sides until the summer of 2018.

The unofficial Leeds United academy account is establishing a reputation as an increasingly reliable source of Leeds youth team news.

In other Leeds news, former Premier League referee Dermot Gallagher has given this verdict on a decision made during the 3-0 win over Preston on Saturday.