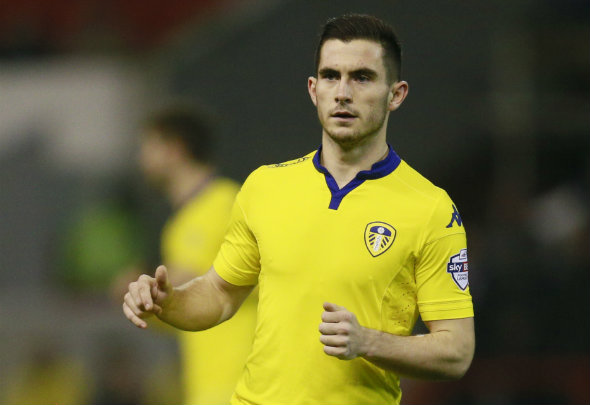 Crystal Palace have identified Leeds youngster Lewis Cook as one of their top targets this summer, according to a report.

Cook has been an integral part of Leeds’ starting eleven in the last two years and has played his way into becoming one of the most sought after of England’s young stars.

Leeds have been blessed in recent years with a steady line of excellent players to graduate from their impressive academy and the Guardian claim that Cook is a top target for Palace.

It is believed that Alan Pardew has made it known he would like at least three major signings at Selhurst Park as he prepares to lose a number of players in the summer.

Jordon Mutch, Fraizer Campbell, Lee Chung-yong and Alex McCarthy have all been put in the shop window by Palace, while the club is also bracing itself for the possibility of losing Martin Kelly and Adrian Mariappa in the coming weeks.

Cook has been a mainstay in the Leeds side, despite his tender age, and missed just three Championship games this season due to suspension.

The 19-year-old has made a remarkable 47 appearances in all competitions and has continued to shine at England Under-19’s level.

The playmaker was forced to pull out of the upcoming friendlies with Mexico, but is almost certain to be given a place in the upcoming European Championship squad in July.

Leeds owner Massimo Cellino has shown he is open to doing business in the past when it comes to their academy stars, with the most recent product Sam Byram sold to West Ham in January.

Cook is entering the final year of his contract at Elland Road and has yet to sign a new deal that could provide some security to Leeds’ position.

The Whites will be eager to avoid another Byram situation where the price tag could be affected by the length left to run on the player’s deal.

Byram’s contract with Leeds was due to expire in the summer when West Ham came in with a bid for his services and Cellino will be keen not to lose another of his prized asset at a cut price.

In other Leeds news, a new favourite has been installed for the Whites position.