Noel Whelan has hailed the “brilliant” Stuart Dallas and insisted the Leeds United man is “better than James Ward-Prowse”.

Dallas secured the highest Sofascore rating (8.2) of the night from both sides and scored his fifth Premier League goal of the season.

Whelan has been hugely impressed by the consistent excellence of Dallas this season.

He told Football Insider: “He’s been brilliant, every single match, 9/10 every single week. His level never drops and he produces the goods whatever position you play him.

“He is so reliable and it’s no wonder Mr Bielsa starts him every game and never takes him off.

“You look around at other teams across the country. Who else can move seamlessly between full-back and midfield, central midfield, attacking midfield, wing-back, all these positions?

“You look at someone like James-Ward Prowse, an excellent Premier League player, and you’d have to say Dallas is better than Ward-Prowse.

“He can play so many roles, score goals, defend, stick to his man, pick a pass, energy to burn. He’s taught himself how to defend. What a professional.” 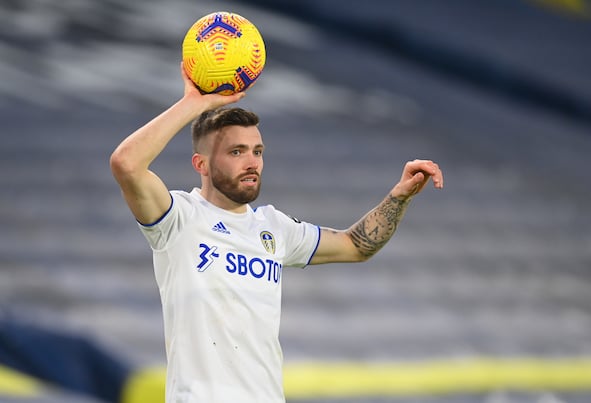 Dallas has played every minute of Leeds’ Premier League campaign this season.

He has been a regular scorer and creator of goals from his multiple roles, with his 25 matches yielding five goals and two assists.

In other news, Leeds United have made a move to sign rising star attacker who’s already broken records.