Marcelo Bielsa has given the green light for Adam Forshaw to leave Leeds United in the January window, Football Insider has learned.

This site broke the news on Tuesday that the central midfielder, 29, is expected to head out of Elland Road to reignite his injury-ravaged career.

A Leeds source has told Football Insider that Forshaw is expected to join a Championship club next month once he returns to full fitness.

A loan move is expected for the central midfielder, whose Elland Road future has been thrown into major doubt by 16 months of injury hell.

Bielsa has always been a big admirer of Forshaw and revealed in February how it would “cost a lot of money” to find a replacement of equivalent calibre.

That was the point when the former Middlesbrough man headed to the United States to undergo hip surgery.

It has been followed by lengthy rehabilitation that has limited the midfielder to just one first-team appearance since August 2019.

Leeds believe a spell on loan can help Forshaw recover his match fitness as well as some confidence in his body.

The United coaching staff are not closing the door on his Elland Road career and believe he can play regularly on loan and then return to his parent club to fight for a first-team spot. 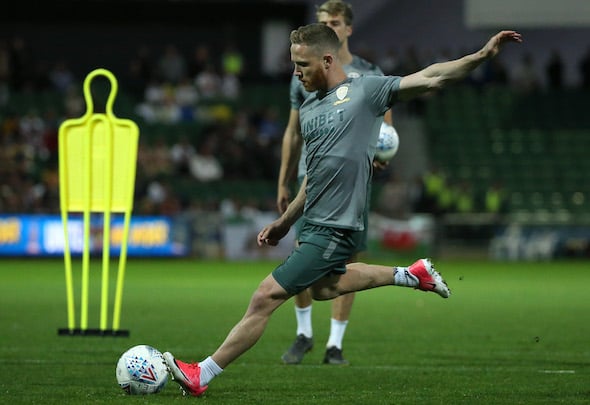 Forshaw has been hit by a string of injury issues during his three years at the club since signing from Boro for £4million in January 2018.

But he was usually a first-choice starter when available, often operating alongside Kalvin Phillips and Mateusz Klich in a midfield three.