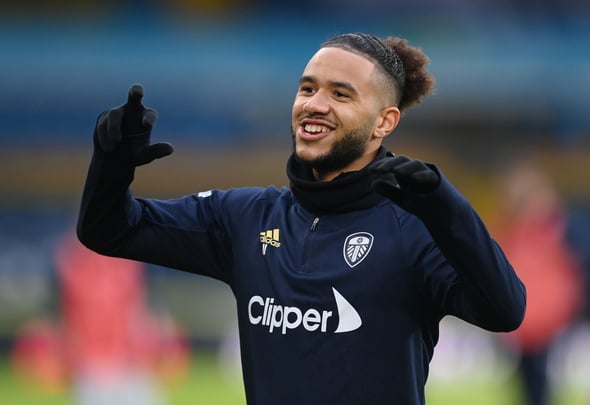 Tyler Roberts must be punished for his recent misdemeanours – but by his international side and not Leeds United.

That is according to ex-Premier League goalscorer Kevin Phillips, speaking exclusively to Football Insider after the 22-year-old was one of three players sent home from international duty with Wales for “breaching FAW protocol.”

Roberts has featured heavily for Leeds in recent weeks, starting each of the last six league matches.

Quoted by the BBC ahead of tomorrow’s meeting with Sheffield United, Leeds boss Marcelo Bielsa said in reference to Roberts: “Errors always have consequences.”

But Phillips claims that, as the incident took place while on international duty, Leeds should not damage their chances by dropping Roberts against the Blades.

He told Football Insider correspondent Dylan Childs: “Bielsa has the final decision. From my point of view, you’ve been away with your country, you’ve broken protocols, you’ve let the squad down. It’s serious.

“It’s a tough one. I would punish him for the next international break, not his day-to-day football in terms of Leeds United. If I was the boss, he’d be getting a talking to.

“But you’ve got to play him at the weekend because he’s an important part of your side. The league is so important so hopefully he is punished as part of the international set up and not the club.”

The other players sent home for the breach were West Brom’s Hal Robson-Kanu and Rabbi Matondo, who is currently on loan with Stoke City from Schalke.

Leeds have the opportunity to move into the top half of the Premier League table on Saturday, at least until 10th-place Aston Villa play the following day.

In other news, finance guru applauds another Radrizzani triumph as new deal secured.