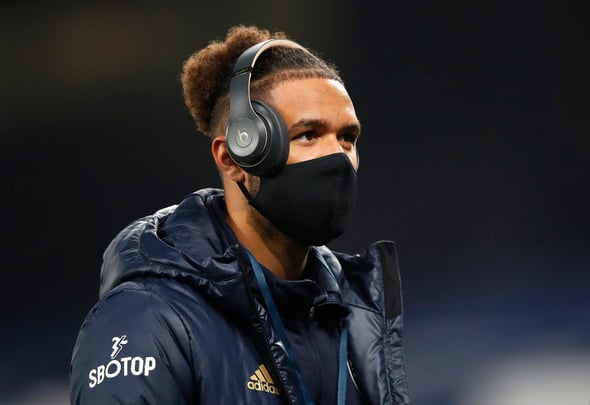 Leeds United want to keep Tyler Roberts and have offered him a new contract to stop him leaving this summer, Football Insider has learned.

But the Wales international has yet to accept the long-term offer on the table and that has put his future in doubt amid Newcastle United interest.

A Leeds source has told Football Insider that Marcelo Bielsa is a big admirer of Roberts, 22, and admires his versatility and potential.

The manager believes the attacker, who has mainly played in a number 10 role this season, is capable of dropping back and playing at number eight as well as in a centre-forward role.

That is why Bielsa has given the green light for Leeds to offer a new long-term deal to Roberts, who is out of contract in 2022.

United value the Welshman at around the £10million mark.

Football Insider revealed on Saturday that Roberts is attracting interest from Newcastle going into the summer window.

In a big blow, he is the latest Leeds star to fail to sign an extension offered by the club after Ezgjan Alioski, who is set to quit when his deal ends next month.

Roberts has been a regular for Leeds this season, with 14 Premier League starts among 32 appearances in all competitions.

He had been in the XI for 12 consecutive matches before being dropped to the bench for Saturday’s 4-0 win over Burnley.

Critics of Roberts, including ex-Leeds striker and Football Insider columnist Noel Whelan, say he lacks a clinical edge to his game and does not hurt opponents enough in and around the box.

The former West Brom man has yet to score this season and only provided two assists.

In other news, champions have set their sights on signing Leeds United star this summer after Bielsa green lights exit.