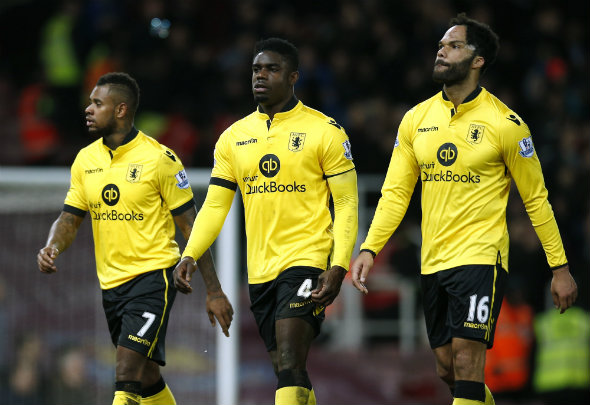 Leeds manager Garry Monk can secure promotion in his first season at the helm – but must sign an A-list centre-back first.

The Yorkshire giants currently have Liam Cooper, Sol Bamba and Kyle Bartley as their centre-back options.

With Cooper currently injured though, Monk is left with just two available defenders at the heart of his back-four ahead of this weekend’s Championship curtainraiser and desperately needs to bring another senior centre-back to Elland Road.

Free agent and former England international Joleon Lescott has been linked with a move to Leeds after following and quickly unfollowing the Whites’ official Twitter account.

It wouldn’t be the first time Lescott has acted recklessly on Twitter, but it would be a huge coup for Leeds despite his poor form for Aston Villa last season.

In what is a young squad at Monk’s disposal, Lescott would provide much needed experience where it is needed most.

The former Manchester City star isn’t the only name to be mentioned in Monk’s search for a centre-back, with Nottingham Forest and former Liverpool hardman Jack Hobbs said to be high on the 38-year-old’s shortlist.

Hobbs possesses a wealth of Championship experience after spells with Huddersfield Town and Leicester City, and would again be a welcome signing. His wages though, according to Yorkshire Evening Post’s Phil Hay, would be a problem.

Hobbs wages probably will be a problem. They are looking for one though – ideally someone younger with potential.

If, as Hay suggests, Leeds look for a younger centre-back, then Tottenham man Dominic Ball could be the man to drive through the Elland Road gates.

Doubts remain over his ability at centre-back though, after Rangers manager Mark Warburton converted the 21-year-old into a defensive midfielder during his loan spell at Ibrox last season.

If Monk can bring in Lescott, and failing that, Hobbs, then Leeds’s defence will give a much more solid outlook as they look to be in contention to return to the Premier League for the first time in 12 years.

In other Leeds transfer news, ex-manager Neil Redfearn says the Whites should have signed this striker.