Leicester City, Brighton and Fulham are trying to hijack Bright Osayi-Samuel’s transfer from QPR to Club Brugge after Leeds United pulled out of the race, Football Insider can reveal.

The Londoners have accepted a £5million bid from Brugge for the forward, 22, and are ready to give the go-ahead for him to discuss personal terms.

A recruitment source has told Football Insider that Premier League duo Leicester and Brighton and Championship promotion chasers Fulham are now attempting to ambush the deal.

They are all willing to match the £5m offer from Brugge for the wide forward after being impressed by his dazzling season in the English second tiers.

Osayi-Samuel’s other previous suitors Leeds and Southampton, who expressed their interest during the January window, are no longer in the running.

QPR knocked back enquiries for Osayi-Samuel earlier in the year and triggered an option to extend his contract by 12 months in February.

But that deal expires in the summer of 2021 and the cash-strapped second-tier side are now set to cash in.

Club Brugge will compete in the Champions League next season after being declared Belgian champions in early April when the country’s professional league season was cancelled due to the coronavirus pandemic.

But Leicester and Brighton can offer Premier League football and fourth-placed Fulham are still in the promotion race. 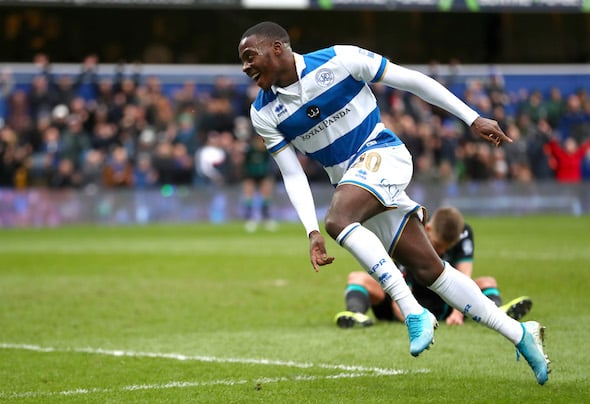 Osayi-Samuel has had an outstanding season for Rangers after establishing himself as a key member of Mark Warburton’s side.

The ex-Blackpool star has scored six goals and provided nine assists from 39 matches in all competitions.

In other Leeds United news, Football Insider can reveal the stunning plan to re-sign Ben White from Brighton this summer.