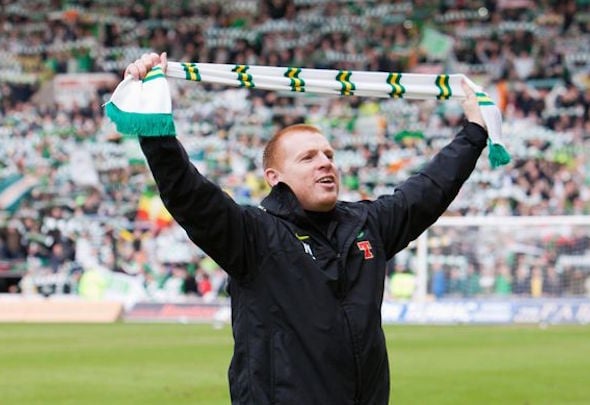 Neil Lennon thinks that Rangers have got a chance to catching Celtic at the top of the Premiership this season.
The Hibernian manager was talking to Sky Sports on Monday morning after a full weekend of SPL action.
Lennon’s team won their fourth game in five with an impressive 2-0 win over Aberdeen.
That gave Rangers the chance to move into second place with a win against Hamilton and they made up two points on leaders Celtic who could only manage a 0-0 draw with St Johnstone.
Lennon was asked if his side could finish second and he replied that it was too early to say that.
“The league has panned out the way I thought it would at the start of the season.
“Celtic are ahead, followed by Rangers and Aberdeen… We’re on the coattails of them.”
He was then asked if the title race was still on.
“Well it’s still on yeah, Rangers and Aberdeen will believe it is.
“Celtic have had a catalogue of injuries, huge amounts of games to play this season and they’re going to Zenit on Thursday.
“Rodgers prioritised the Zenit game over Sunday but they’re the ones to catch obviously. The season is much more competitive.”
Rangers face Hearts next on Saturday in a 3pm kick-off and can reduce the lead to just six points.
Celtic have a really tough game away at Aberdeen on Sunday afternoon after a trip to Russia on Thursday for the second leg of their Europa tie.
If Rangers win and Celtic lose then most people would agree that the title race is on.
In other Rangers news, Joey Barton takes dig at Warburton as he makes big Rangers/Celtic claim
Don’t miss out on breaking and exclusive Rangers news by clicking here for our brilliant 24/7 updates on Facebook, Instagram and YouTube. 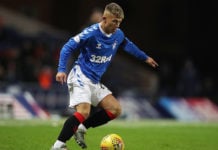