Noel Whelan called for Rangers to loan attacker Jordan Jones to Middlesbrough as the Championship side can give him the football he needs.

Speaking exclusively to Football Insider correspondent Laura O’Leary, the former striker believes Jones will be able to settle in at Boro quickly due to his connections with the club.

The 25-year-old winger started his career with Middlesbrough but managed to make only one appearance for the senior team before leaving permanently. 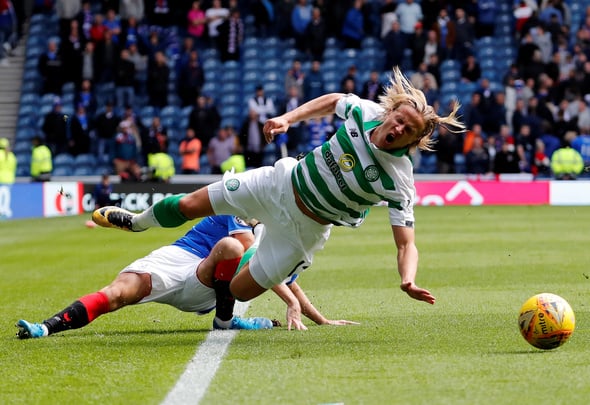 It was reported at the end of December that Jonathan Woodgate’s side, as well as Stoke City, were keen on taking Jones on loan until the end of the season.

Whelan explained that Jones probably had Boro interested in his services as Woodgate is no doubt aware he needs to add energy to his side in the transfer window.

When asked if Rangers should loan Jones out with Boro keen as that’s his former side so he’ll settle in quickly, Whelan told Football Insider: “Yeah when you’re looking at fringe players who aren’t part of the first-team, then yeah.

“There’s 18 members of that 25-man squad who are the core of the team and won’t be looking to exit.

“So when you’re looking at fringe players, in and around it…let him go.

“Give him football, that’s what you need to do, and Middlesbrough need players.

“They need youth, they need energy, and we’ve already seen them do that with the two Manchester City players in the window.

“Jonathan Woodgate is probably aware he has an ageing side, especially in the midfield, and it’s great having experience but you need legs as well.

“So he probably wants players of the right age to help improve the Middlesbrough side.”

Jones only arrived at Ibrox in the summer after joining from Kilmarnock but he has only managed 10 appearances for the Gers due to a knee injury.

The 25-year-old winger managed to make the bench for Rangers’ Boxing Day clash with Kilmarnock but failed to make the matchday squad for the win over Celtic.