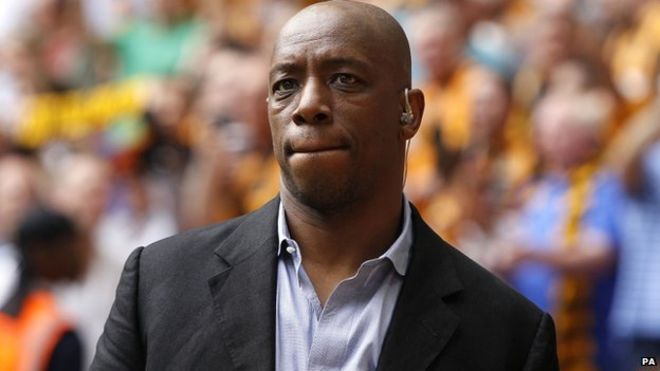 Ian Wright has criticised Tottenham midfielder Dele Alli as being a “liability” to his side at times and has urged him to stamp out his bad-boy behaviour before it sees his reputation ruined.

Alli, 21, has not been in the best of form this season but has found himself in the headlines for the wrong reasons as of late for his on-pitch antics where he was pictured swearing at Kyle Walker while on international duty and most recently was booked for diving in the 4-0 win at Huddersfield.

Arsenal legend Wright doesn’t believe that Alli’s antics have been very bad, but has warned that he may suffer the same fate as Premier League legend David Beckham in the future after he was made public enemy No 1 in the 1998 World Cup when he was sent off against Argentina.

“He definitely has an edge, but I don’t think he is troublesome,” Wright said, as quoted by Sky Sports.. “When you look at the incidents, they are just petty things that he has done. He isn’t jumping into people like a crazy guy, or causing any career-threatening injuries. He is just making silly mistakes.

“He is playing in a competitive part of the field, and I am sure the frustration does come out a lot. He has done some silly things, he cheated the other day, but he isn’t the first person to cheat.”

He added: “You look at him and think yeah there is a bit of a liability about him. You think of what happened with David Beckham in 1998, all he did was flick up a leg, and the repercussions that followed – I wouldn’t like to see that happen to Dele. He is the one I think can be world class for us and he has got to focus on that. He will learn.”

Alli has been a large part of Tottenham’s renaissance in the past couple of seasons under the charge of Mauricio Pochettino but his performances this term have certainly not been as good as last time out.

The England international has made eight appearances across all competitions, scoring three goals and supplying one assist.

He is yet to play in the Champions League due to a suspension that has carried over from last season.

In other Tottenham news, Karren Brady has made a shocking claim about this Spurs star and an out-of-form Premier League forward.