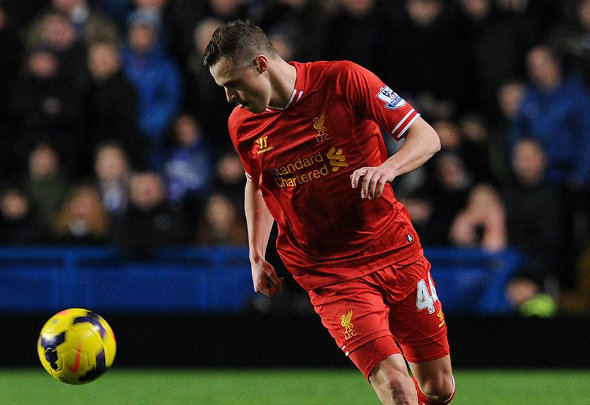 Harry Redknapp has tipped Liverpool youngster Brad Smith to be a future star.

The temporary Jordan manager spoke glowingly of the left-back, 21, as he ran the rule over Australia ahead of the World Cup qualifier between the two side in Sydney on Tuesday.

Smith, who was handed a series of starts in the cup competitions by Liverpool either side of Christmas, started for Australia in their 7-0 drubbing of Tajikistan last week.

“They are a threat,” Redknapp told a media conference on Monday. “The full-backs get forward, I was impressed the other night by the boy [Brad] Smith.

“I think he is going to be a big player for Liverpool in the future.

“They have a bit of pace in their team as well. They are a dangerous team, there’s no doubt about that but I think we’re a good team as well.”

Smith has made seven appearances for Liverpool this season at left-back, mainly as stand-in to first choice Alberto Moreno.

Despite some impressive displays for the Merseysiders, Liverpool are in the market for someone to compete with Moreno on the left side of the defence.

In other Liverpool news, the club have tabled a bid for an Argentine striker.