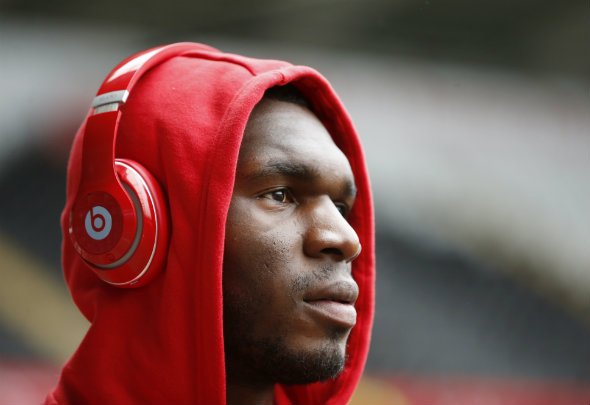 The London club made an improved offer for the Liverpool striker last week of an initial £27million plus £4.5million of performance-related add-ons.

The deal has not yet been agreed amid reports that one stumbling block is the player’s image rights, with negotiations continuing in an attempt to resolve the issue.

But Sullivan has given some insight into the sums needed to prise the top players from their clubs this summer as West Ham focus their own efforts on buying a new striker.

“Every year we say the transfer window has gone crazy but it really has gone barmy this year – particularly if you are looking for strikers,” Sullivan said, as quoted by the Mirror.

“There are 20 or 30 clubs in Europe, all with money, looking for a striker. And when you have a club like Crystal Palace will to pay £125-130k a week to a guy at Liverpool [Christian Benteke], you do think it has gone barmy.

“Add in the demands of agents and players, this year has just gone crazy.”

The 25-year-old forward, who has spent his summer on international duty at Euro 2016, joined the Merseysiders for £32.5million last summer from Aston Villa and Liverpool have made it clear they want to recoup their outlay.

Benteke is currently on a £100,000-a-week-plus deal at Anfield but Sullivan’s claim suggests Palace will hand him an incredible pay rise despite a difficult last 12 months.

Jurgen Klopp has made it clear he does not see the targetman in his future plans, which has resulted in his representatives talking to Palace officials over the last week.

Benteke scored 42 goals in 89 appearances during his time at Villa, but that form dipped after his big-money move to Anfield, which saw him net on nine occasions in 29 games in all competitions for the club.

Benteke is just one in a long list of failed forwards at Anfield since the departure of Luis Suarez to Barcelona in 2014 and despite having four years left to run on his current deal, he too could be on his way out of the club this summer.

In other Liverpool news, a France Euro 2016 star and Liverpool target has jetted in to England.