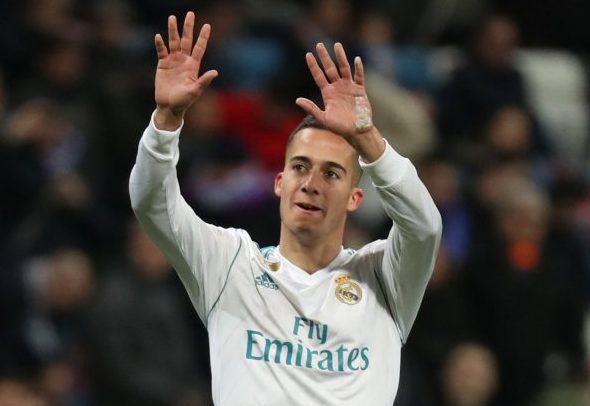 Liverpool are interested in signing Real Madrid winger Lucas Vazquez, according to a report.

Spanish outlet Marca claims that Jurgen Klopp’s side face a battle with Arsenal and Chelsea for the Spaniard’s signature.

However, the report also reveals that Vazquez is happy at the Bernabeu and has a big buyout clause in his contract, so any interested parties will have to do some convincing for him to move to England.

The 27-year-old was Madrid’s most used player last season, scoring eight goals and providing 16 assists in 53 appearances in all competitions, as Zinedine Zidane’s team won the UEFA Champions League and finished 3rd in La Liga.

This would be a really clever transfer for any major European club, the Spaniard is one of the most underrated players in world football. Vazquez provides pace, skill, experience and versatility, all the qualities you’d want in a high-quality wide player. The 27-year-old doesn’t get the recognition that his quality deserves, but he’s a hugely important player for both Real Madrid and the Spanish national team due to his work-rate and effectiveness. However, Liverpool are well stocked for wide players, with Sadio Mane and Mohammed Salah on either wing, Jurgen Klopp doesn’t really need him. He would be a much better fit for Unai Emery at Arsenal, who would really appreciate the former Espanyol player’s desire to work hard and press high up the pitch, which are the qualities he will be looking for in new arrivals. For the fee that Vazquez would cost, it looks more likely that he’d go to Arsenal rather than Liverpool if he leaves Madrid.