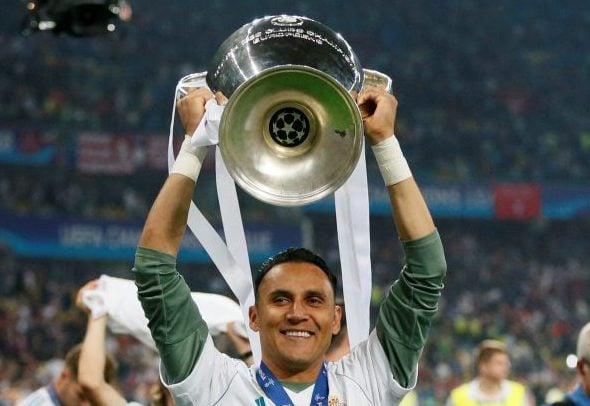 Liverpool may want a few of Real Madrid’s attacking players but last season proves that they need their goalkeeper instead.

According to recent reports by TeleMadrid and Marca, Liverpool are interested in Madrid midfielders Marco Asensio and Lucas Vazquez, as they look to strengthen their attack ahead of next season.

However, Jurgen Klopp needs to start ignoring what he wants and start concentrating on what he needs. It’s clear that the Merseyside club need an improvement in their goalkeeping department, after both Simon Mignolet and Lorius Karius both failed to impress last season and cost the team valuable points.

In Karius’ case, his two mistakes in the UEFA Champions League final arguably cost the club the chance to win the most prestigious silverware of all. Enough is enough, how much more evidence does Klopp need?

There is a player at the Bernabeu who would improve the squad immensely and it’s not Asensio or Vazquez, it’s goalkeeper Keylor Navas. As reported by Marca, the Spanish club are targeting a move for Roma goalkeeper Alisson, so Navas could become available at some point this summer.

The Costa Rican isn’t an exceptional ‘keeper of the highest level, hence the reason for Madrid exploring other options, but he would be a massive upgrade on what the Reds have got at the moment and should be their prime target this summer.

The 31-year-old has performed well for the Spanish giants for four seasons, keeping 45 clean sheets in 141 games in all competitions and helping the club win three UEFA Champions League titles in a row (TransferMarkt). He’s a winner and would bring security and confidence to the Anfield defensive unit.

There have been too many occasions in recent seasons where horrific goalkeeping performances have cost Liverpool, it’s so clearly an issue that there has to be a change this summer. Forget Asensio and Vazquez, Navas is the signing Liverpool really need.