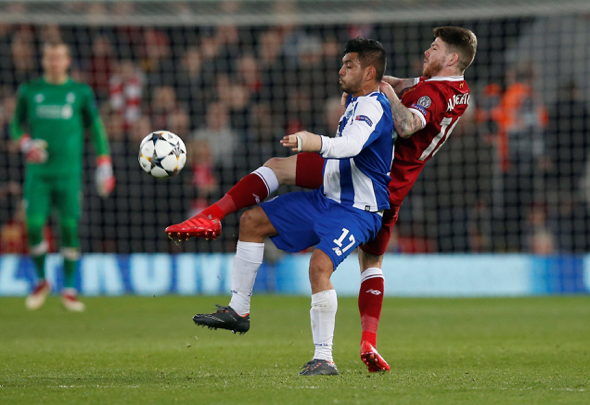 Liverpool fans endured a stroll in the park in the second leg of their Champions league knockout tie against Porto at Anfield on Wednesday night.

The incredible 5-0 lead from the away leg meant that today’s game was a formality and Jurgen Klopp could afford to rest attacking sensation Mohamed Salah.

His team might have struggled to score without him – in fact this was only the second game this season where they failed to have a shot on target in the first half – but the job was already done and it gave Klopp a chance to give players like Alberto Moreno a run-out.

The left-back has struggled to get back in the Liverpool first-team after an injury cut short a run in the team, and he’s a player that’s been criticised by fans for his defending displays.

However, they were positively purring tonight as he showed his attacking flair and determination that had fans in raptures.

Here are the best reactions from Liverpool fans to Moreno’s display at Anfield:

I 100000% love Robertson and want him as our left back for the rest of his playing days, but has to be said Moreno having a very good game tonight, looks switched on and chasing lost causes. Great attitude. #LIVPOR

Milner & Moreno Been Amazing So Far

Mane post! Brilliant from Moreno and Milner in the build up

That was just brilliant by Moreno

Incredible tackle that by Moreno.

moreno has been fantastic so far, easily one of the best players on the pitch right now #lfc #LIVPOR