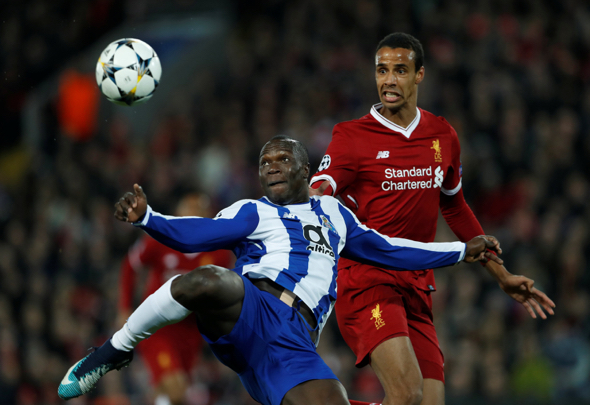 You have to feel a little sorry for Liverpool fans who bought their tickets for tonight before the first-leg demolition of Porto a fortnight ago.

A 5-0 victory away from home meant the job was done before kick-off tonight – Liverpool haven’t lost a game by a margin that would have seen them knocked out at Anfield tonight for over 80 years.

However, it wasn’t a vintage performance from Jurgen Klopp’s men tonight and a 0-0 was probably the right score.

In fact the Champions League leading scorers didn’t have a single shot on target in the first half.

However, it wasn’t the attacking players that were feeling the brunt of the Liverpool fans after the game.

Instead, they were looking to Joel Matip, their 26-year-old centre-back, who had a decidedly shaky performance at the heart of the Liverpool defence.

Here are the best reactions from Liverpool fans on Matip’s display at Anfield:

Been saying it for ages .. Matip is a joke..Lovren takes the fall for his inadequate positioning, not saying Lovren is perfect cos he ain’t .. but defo the better of the two.. and Robertson pisses all over Moreno

All #LFC fans when Matip is playing pic.twitter.com/hSu0ZMNNEK

Literally the only thing to take from that half of football was Matip not helping his chances of starting Saturday (but then, I don't think he was going to anyway)

Lovren and Matip together is woeful

Professional half up until now.
Saving energy, not risking anything.

Matip's been shocking though. Too many times he's let the ball go past him.