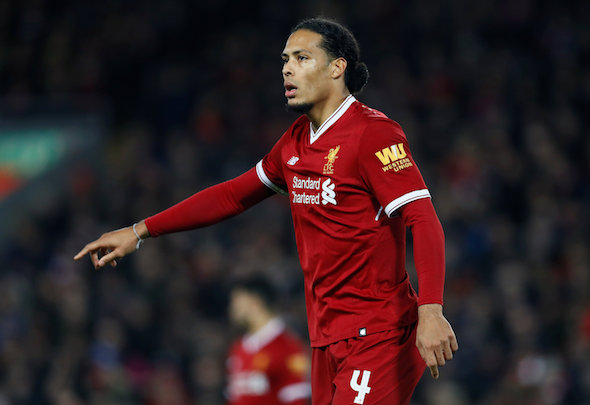 Liverpool fans have been reacting on Twitter after it was announced that Virgil van Dijk would be the new captain of the Netherlands international squad.

Van Dijk, 26, has been impressive ever since signing for the Reds for £75million from Southampton in the January transfer window.

Former Everton manager Ronald Koeman, who is now in charge of Holland, has decided to give van Dijk to duty of leading his country for the forseeable future and the Anfield centre-back is delighted with the role.

“To be named international captain of Holland is very special and does a lot for me,” he said, as quoted by the Evening Standard.

“It’s going to be very special. Against England is a little bit more special.”

Van Dijk has made 10 appearances in all competitions for Liverpool sign signing and scored a memorable goal on his debut against Merseyside rivals Koeman.

The Telegraph has reported that the ex-Southampton and Celtic star is earning a whopping £180,000-a-week on the deal he signed in the summer and it seems that so far it has been justified.

Liverpool fans were delighted with the news on Twitter with many suggesting that he should be the next captain of the Merseyside club.

Virgil van Dijk announced as the new captain of the Dutch national team is excellent news. Hopefully Liverpool next in the near future. #Oranje

Congratulations to Virgil Van Dijk who has now been confirmed as the new Netherlands captain.

Van Dijk captaining the Holland side, and I hope that he becomes the captain for Liverpool soon too. He has all the leadership qualities to become a very good captain. Make it happen soon, @LFC.

Pls give him the armband next season.. 😩😩

Captaincy of LFC not too far behind then

He deserves it, he should be our captain he has been brilliant for us since he has come and his leadership qualities are brilliant

Van Dijk has earned just 16 caps for the Netherlands so far in his career, which is oddly low considering how well he has performed at Celtic and Southampton before moving to Liverpool.

He will no doubt add to that in the future though, starting against England on Friday night in a friendly game.

In other Liverpool news, the Reds have made an approach for this centre-forward with a jaw-dropping £890million release clause.