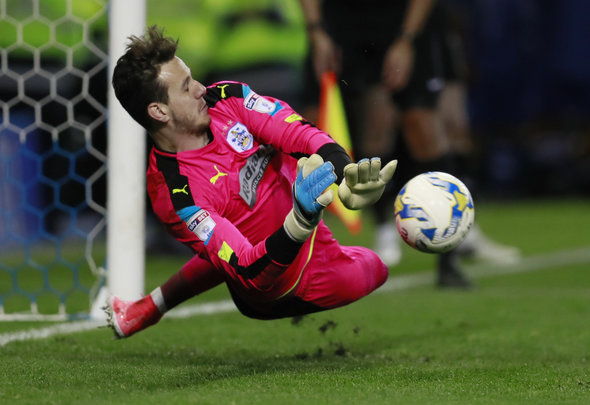 Liverpool fans were gushing over the performance of on-loan Huddersfield goalkeeper Danny Ward as he helped his side into the Championship play-off final.

The Liverpool 23-year-old has spent the season on loan at David Wagner’s side and played a major role in their fifth place finish.

Hudderfield will now face Reading at Wembley for a place in the Premier League on May 29.

Ward has been a mainstay between the sticks for the Terriers this term and has made 45 appearances in all competitions, keeping 11 clean sheeets.

The three-time Wales international has been at Liverpool since January 2012, but he has only made two first team appearances for his parent club, instead enjoying numerous spells out on loan at the likes of Huddersfield, Aberdeen and Morecambe.

Some had touted Ward to have a shot at the number one position at Anfield after his performances at Aberdeen last year, and he has only enhanced his reputation this season – particularly after his penalty shoot-out heroics.

Liverpool fans have now heaped praise on the 24-year-old and some have even called for him to return to his parent club.

Here are a selection of their messages on Twitter.

Danny Ward to be Liverpools number 1 next season #LFC

Looking forward to Danny Ward been back at #LFC next season, looks like a good keeper

Klopp should keep Danny Ward next season to add pace to the forward line whenever Mané is missing. #LFC

Liverpool currently sit fourth in the Premier League, knowing a win against Middlesbrough on Sunday will see them into next season’s Champions League.

In other Liverpool news, Klopp’s interest in this 23-year-old ace has cooled and the move looks to be off.