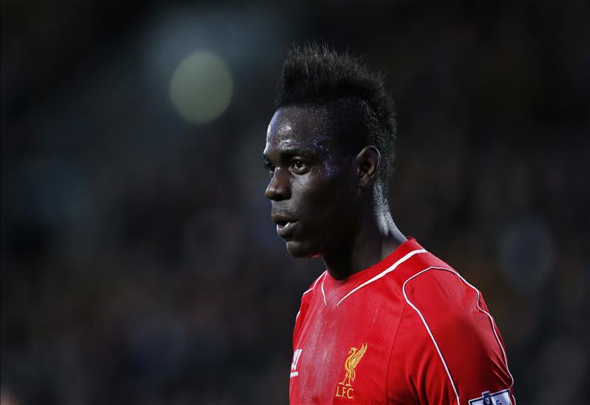 Liverpool fans reacted on Twitter in frustration as Mario Balotelli’s incredible form for Nice continued, as he netted another goal for the French outfit.

The former Reds striker was a huge flop during his time at Anfield but since leaving in the summer, Balotelli has scored seven goals.

Nice recorded a commanding 4-1 victory against Nantes on Sunday evening and Balotelli was yet again on the score-sheet, netting his seventh goal in as many games.

The former Manchester City striker was involved in his side’s first goal too when the ball fall to Wylan Cyprien after Balotelli had driven the ball forward.

The Italian scored six goals in his first five league games in the French league – five more than his tally in the Premier League for Liverpool.

While at Anfield, the 26 year-old only managed to score one league goal in 16 appearances, as he fell out of favour with Brendan Rodgers.

Nice are now unbeaten in their opening 11 Ligue 1 games and have Balotelli to thank for a major part in their successful start to the campaign.

They currently top the league table and are six points ahead of second-placed Monaco and rivals Paris St-Germain in third position. Liverpool fans only wish Balotelli had helped them reach the top of the table.

Here is a selection of the messages on Twitter;

too little too late. Good riddance.

Nice running away at the top of Ligue 1 and another nice goal for Balotelli – nice to seem him enjoying his football.

That sell on clause in Balotelli's contract may not be such a bad move after all. 6 goals in 5 matches for the Italian.

To put Ibrahamovic goal scoring record (in French league) in perspective, even Balotelli is scoring in that farmers league for fun.

Good to see Mario Balotelli enjoying his football again. Seems he is in a better environment which has humbled him, or so it seems.

Give shit Mario Balotelli to OGC Nice literally for FREE

7 goals in 7 games, Nice are top of the league.