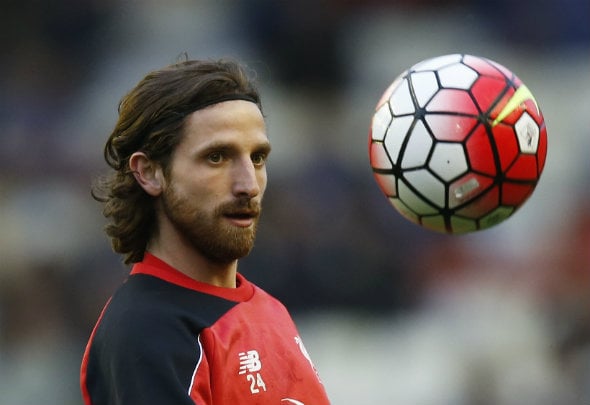 Joe Allen’s fantastic performances at Euro 2016 for Wales has attracted the interest of Sevilla and Inter Milan, according to a report.

The midfielder has been in inspired form as the Red Dragons continue to defy the odds at the tournament and rumours have been circulating that Liverpool are eager to cash in on the hype around the Welshman.

The Daily Mail claim Seville and Inter Milan are now tracking the 26-year-old after becoming admirers of the Liverpool man in recent weeks.

Sevilla have a reported £34million to spend after selling midfielder Grzegorz Krychowiak to Paris Saint-Germain this week.

Many Liverpool fans have called for Allen to be given another chance at Anfield especially after his displays at the Euros, but it is claimed the Reds have informed suitors he is available for £14million.

Liverpool lost to Seville in the final of the Europa League in May and the champions are now on the look-out for a replacement for their departed Poland international.

Allen fell down the pecking order at Liverpool under Jurgen Klopp, but finished the season in a strong position after several eye catching performances in the Premier League as the Reds focused all their attentions on the Europa League.

The midfielder will have even more responsibility heaped on him on Thursday night when Wales take on Portugal in their semi-final without the influential Aaron Ramsey or Ben Davies who are both suspended for the game.

In other Liverpool news, the Reds have been given fresh hope in their pursuit of Piotr Zielinski after Udinese confirmed who has the final decision on a transfer.