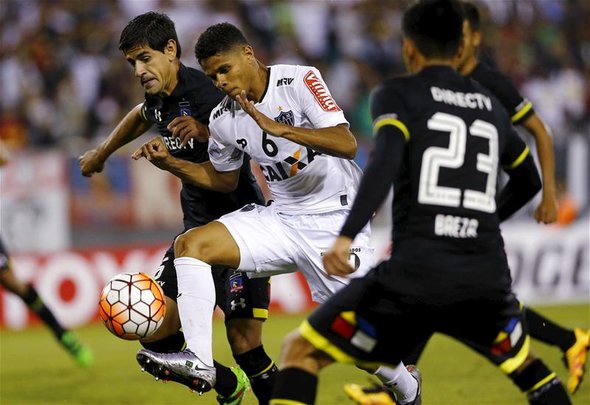 Liverpool boss Jurgen Klopp is eyeing a move for Brazilian left-back Douglas Santos after having a bid for Ben Chilwell rejected, according to reports.

The Daily Star citing Globo Esporte claim that Liverpool will face competition with Barcelona, Dortmund and Valencia for the 22-year-old.

Klopp is believed to be looking for cover for Alberto Moreno, who came under fire from pundits last season after a string of high profile errors lead to questions over his place in the starting XI.

Leicester wonderkid Chilwell has been the subject of a £7million bid from Liverpool but the move was rejected by the newly crowned Premier League Champions.

It is now reported that Klopp will pursue other options, with Santos one possibility.

Despite the interest from other major clubs no official bid has been made for the former Udinese defender, leaving the door open for Liverpool to make a move.

The youngster, currently at Atletico Mineiro, has played 52 times for the club and is contracted up until December 2018.

Santos has already won the Copa do Brasil with Atletico Mineiro in 2014 and twice won the Toulon Tournament with the Brazil U20 team.

In other Liverpool news, Sadio Mane could become Jurgen Klopp’s first major signing of the summer in a deal worth a whopping £72.5million.