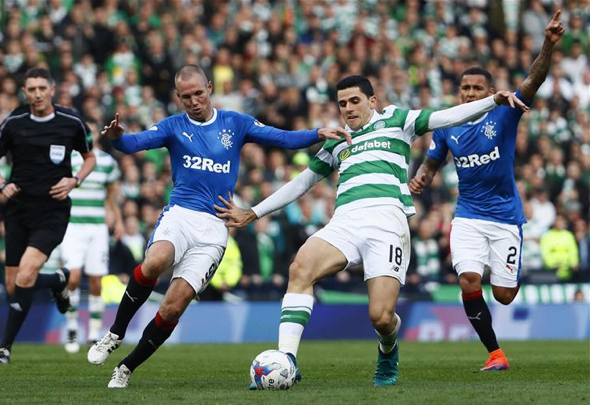 Celtic will have Tom Rogic back in action in time for the Scottish Cup showdown with Rangers, according to a report.

The Scottish Sun reports that the 24-year-old could make a return against Kilmarnock on April 8 but he should definitely be back to full fitness in time for the Old Firm semi-final clash with the Light Blues at Hampden Park on April 23.

Rogic has been sidelined for over three months after undergoing ankle surgery and has recently returned to first team training.

Sunday’s visit to Hearts could prove to be too soon for the Australian midfielder to make a return as Brendan Rodgers will not be willing to risk aggravating his injury.

The playmaker made a stunning impact in the first half of the campaign for the Hoops as he smashed 10 goals in 27 appearances across all competitions.

Rogic also had his hand in assisting five more goals but hasn’t played since the mid-December victory against Dundee and has missed the following 16 games.

His return will prove to be a huge boost for Celtic’s chance of securing a domestic treble.

With the Scottish League Cup already won and the league title seemingly in the bag, Rangers are the penultimate hurdle in the Bhoys’ race to win the Cup for the first time in four years.

In other Celtic news, Ian Wright has delivered his verdict on Kieran Tierney.