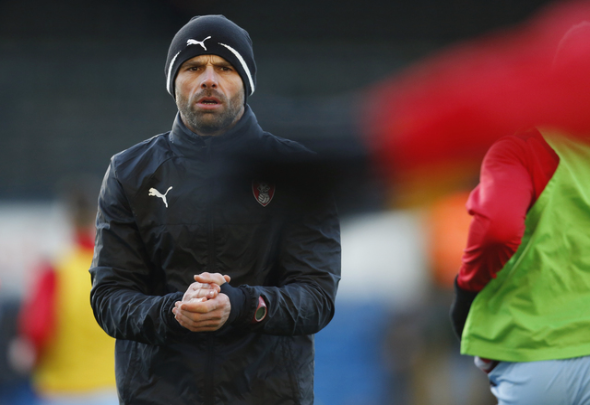 Rotherham manager Paul Warne has told on Thursday that he doesn’t believe reports stating Rangers are interested in midfielder Will Vaulks is genuine.

The Daily Mail claimed earlier in the month that the Ibrox giants were targeting a £400,000 deal for the 23-year-old former Falkirk man following his relegation to League One.

Vaulks himself has since told that he does not want to leave the New York Stadium despite dropping down to the third tier and that there is unfinished business with the Yorkshire club.

Now, boss Warne has told during a press conference on Thursday, as covered by BBC Radio Sheffield journalist Jonathan Buchan via his personal Twitter account that he sees Vaulks as a future captain for Rotherham and has dispelled any reports linking him away.

Vaulks stood out in a Rotherham team that struggled to just 23 points from their 46 matches this season which saw them finish at the bottom of the Championship table.

He will now be looking to continue his form into the next campaign in an attempt to try and help the Millers earn an instant return to the second tier.

Meanwhile, Rangers will possibly be on the look out for a central midfielder this summer with both loanees Jon Toral and Emerson Hyndman returning to their parent clubs, while Andy Halliday has struggled in the centre of the park.

In other Rangers transfer news, this international Gers target is set to snub Ibrox for Italy.