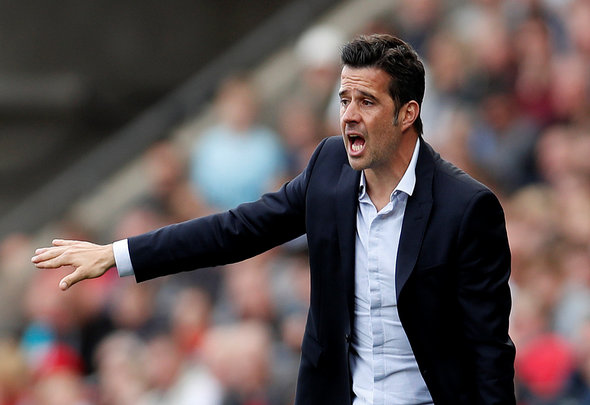 Watford manager Marco Silva has admitted that he isn’t surprised to see teams interest in Richarlison after it was reported that Tottenham are in the hunt for the Brazilian attacker.

The Mirror reported earlier this week that Spurs have sent their scouts on multiple trips to keep tabs on Richarlison, 20, after the winger hit the ground running in his first couple of months at Vicarage Road.

The Brazilian joined the Hornets in a £11.2million move from Fluminense in the summer and has already scored four goals and supplied three assists in 12 appearances across all competitions.

Now, Watford boss Silva has admitted that it was only a matter of time before other sides, like Spurs, become interested in Richarlison and has revealed he has high hopes for him in the future.

“It’s not a surprise if these clubs come to see him,” said Silva in response to the reports, as quoted by Sky Sports.

“It’s not really a surprise. He’s had a fantastic impact at our club and on the Premier League. It’s a normal situation that everyone’s starting to talk about him, but most important is that he keeps going, to improve.

“He’s a player with a lot of quality so it’s normal if everybody starts to pay attention to him.”

He added: “We are talking about a fantastic talent, a very, very good player. I’m sure in the future he’ll achieve everything he can.”

Tottenham had a busy transfer window in the summer where manager Mauricio Pochettino mainly focused on padding out his defence and goalkeeping options.

Spurs could certainly do with someone with the attacking talents and versatility of Richarlison, plus he fits the philosophy that Pochettino has instilled in North London of putting faith in young, exciting players.

In other Tottenham news, Theo Walcott issued a brutal put-down of Spurs after the North London derby win for Arsenal.