Celtic striker Leigh Griffiths should be “knocking on John Kennedy’s door” after he missed out on Steve Clarke’s Scotland squad, according to Frank McAvennie.

The former Hoops and St Mirren striker, speaking exclusively to Football Insider, wants to see the 30-year-old playing for Celtic and Scotland but fears he will be frozen out for the rest of the season.

Griffiths was one of the notable absentees from Steve Clarke’s Scotland squad for the upcoming World Cup qualifiers. 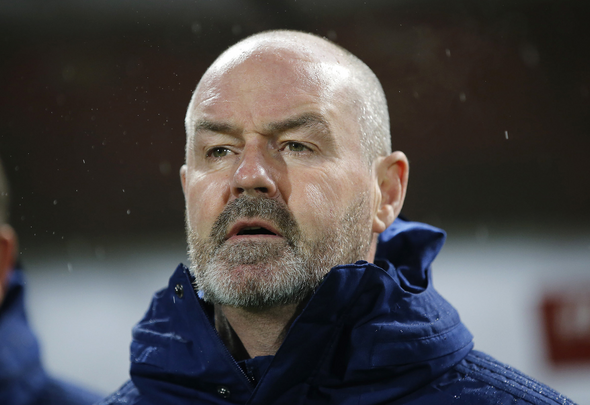 The centre-forward has struggled for game time at Parkhead of late, with just seven starts to his name in all competitions this season.

McAvennie is a big fan of Griffiths’ and is adamant that he is the best finisher at Celtic.

“I would have liked to have seen Griff in there but it is not going to happen,” he told Football Insider.

“He will not be going to the Euros as it does not look like John Kennedy is going to play him. I cannot see him getting any starts between now and the end of the season.

“I would be knocking on Kennedy’s door and asking for a chance. There is 10 games left, two against Rangers and if I was Griff, I would be saying, ‘Get me in the team, I want to go to the Euros.’

“He is by far the best finisher at the club so it is just a pity that his head is not in the right place or whatever. ”