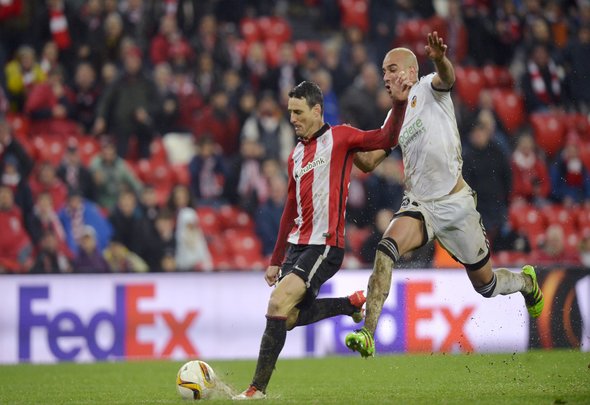 Everton and West Ham are planning to hijack Zenit St. Petersburg’s move for Valencia defender Aymen Abdennour despite him already passing his medical with the Russian club, according to a report.

French news outlet RMC Sport claims that Abdennour, 28, was on the verge of joining European giants Zenit after completing his medical examination, but there has since been a delay in the deal which has now attracted the attention of clubs across the continent.

Premier League sides Everton and West Ham have now made last-gasp contact with Valencia over the enforcer’s availability while Ligue 1 clubs Lille and Marseille are also waiting in the wings with the advantage that Abdennour would prefer a return to France.

Valencia are looking to remove the 57-times Tunisia international from their payroll before the transfer window slams shut later this week and the Toffees and Hammers are both thought to be on the lookout for defensive reinforcements before then.

Slaven Bilic’s side have conceded a glut of goals in their opening Premier League fixtures while Everton have also looked slightly frail at the back this month despite signing Michael Keane from Burnley earlier this summer.

West Ham perhaps need the extra body in defence more than Everton after their abysmal start to the season, however Abdennour is simply not the right man. The Valencia enforcer is semi-decent but he seems to have his heart set on a return to France after previous spells with Toulouse and Monaco. Marseille aren’t afraid to splash the cash so they could be seen as the team in pole position to hijack Zenit’s approach. Everton have spent big already this summer but Ronald Koeman’s priority seems to be a striker. Their defence already looks good with Jordan Pickford, Keane and Morgan Schneiderlin playing in the holding midfield role.

In other Everton news, Abdennour isn’t the only centre-back wanted by the Toffees as they are also plotting a last-gasp swoop for this captain of a European giant.