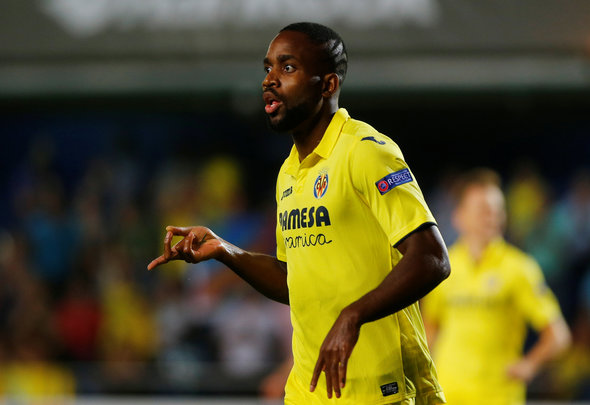 Villarreal striker Cedric Bakambu is on the verge of signing for Chinese Super League side Beijing Gouan for a record-breaking fee worth £65million, according to a report.
The Daily Mail claims that Bakambu, 26, has snubbed interest from the Premier League in order to become the most expensive player in African football history after being wanted by Tottenham, West Ham, Newcastle United and West Brom.
The Sun has reported that the DR Congo international has completed a medical with Beijing Gouan and is expected to complete his move to the ultra-rich outfit within the next 24 hours, signing off on a staggering deal that is said to be worth £16million-a-year – £307,000-a-week.
It is understood that Bakambu had a release clause worth £35million in his contract at Villarreal.
Beijing have met that fee, but have also had to fork out an extra £30million in taxes to get the deal over the line.
Football Insider verdict
No one in the Premier League would have been able to compete with the wages that Beijing Guoan have offered Bakambu. However the DR Congo international is clearly motivated by money and not by the chance to show his worth on one of the biggest stages in club football. The Chinese Super League is a complete cop out by players who are in their prime of their careers. Fans can understand why players in their 30s go to the likes of the MLS, but Bakambu is at the prime age of someone who can make a name for himself in the Premier League. It may be a good thing after all that all these sides have missed out on him.
In other Tottenham news, Spurs have opened negotiations over signing this international playmaker worth £20million.
We’ve launched a << BREAKING NEWS FEED>> exclusively for your club. ‘Like Us’ on Facebook by clicking here if you want 24/7 updates on all Tottenham breaking news.