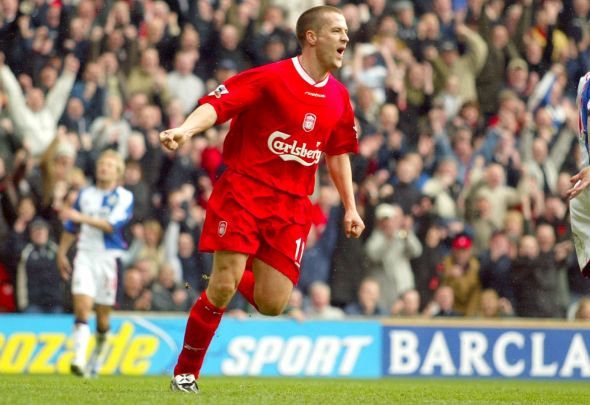 Michael Owen couldn’t believe referee Craig Pawson decided to award Everton a penalty against Liverpool on Sunday, as the two sides went on to draw 1-1 at Anfield.

The former Liverpool player took to Twitter to share his view and said it was a “soft pen”.

Can’t believe Craig Pawson has given that. Such a soft pen.

Pawson awarded the penalty in the 77th minute after Dejan Lovren brought down Dominic Calvert-Lewin in the box, and Wayne Rooney converted the spot-kick.

Rooney’s goal made the score 1-1 as Mohamed Salah had put the Reds in front in the 42nd minute of the game.

Despite Owen not agreeing with the decision, it didn’t stop Liverpool fans from blaming Lovren for their failure to win the game.

The draw saw the Reds stay fourth in the league, two points behind Chelsea who suffered a shock defeat to West Ham on Saturday.

The point saw Everton move back up to 10th, six points clear of the relegation zone they were in mere weeks ago.

As the two teams couldn’t be separated it meant that Liverpool had equaled a club record of remaining unbeaten for 15 games against their local rivals.

Both sides are next in action on Wednesday with the Reds facing West Bromwich Albion, and the Toffees travelling to face Newcastle United.

In the latest Liverpool news, Reds fans have also reacted to Sadio Mane’s performance in the Merseyside derby.